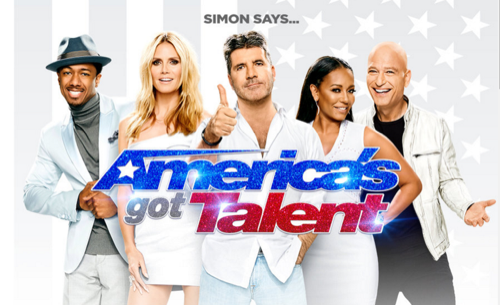 Howie Mandel and Simon Cowell are feuding behind the scenes on America’s Got Talent Season 11. A source confirmed the news in the latest addition of OK! Magazine. Simon has joined the cast of AGT as a judge for Season 11 after Howard Stern quit. He’s the creator of this competition franchise which includes America’s Got Talent, X-Factor and American Idol.

Who’s responsible for getting rid of him? Howie Mandel? Simon Cowell? Simon Cowell is no innocent choir boy either. Kelly Rowland told Wet Paint in no uncertain terms, Simon was one of the biggest divas she’s ever worked with while serving as a judge on the British competition show, X-Factor.

Perhaps Simon feels he’s entitled to have an enlarged ego because X-Factor and AGT are his babies?

The former Destiny’s Child singer isn’t the only one who’s had a nasty encounter with Simon. A conflict between American Idol host, Ryan Seacrest and Simon Cowell played out live during season 6 of AI. Simon called Ryan “sweetheart.” Ryan’s tense response? “Don’t call me sweetheart. I don’t want that kind of relationship. We’ll just work together — that’s fine with me.”

In reply, Simon said: “You’ve made this very uncomfortable. Thank God for commercial breaks!” Sounds like Simon was the one who made things awkward, not Ryan.

Now Mandel and Cowell’s attitudes are supposedly causing problems on the AGT set. The insider says that Simon Cowell doesn’t hide his contempt for Howie Mandel: “[Simon] makes no bones about the fact that he thinks Howie is an idiot.” Simon’s apparently a jerk to everyone too, not just to Howie.

To make things even more awkward, the insider discusses Howie’s discomfort of being the only American judge on the ‘American’ show. After all, isn’t the show called, ‘America’s Got Talent?’ Why are there three judges who aren’t American? Does it have something to do with the fact that Simon Cowell is the creator, and therefore able to dictate who can act as a judge on the show?

Adding insult to injury for Howie, he’s displeased with the poster for AGT and his place on it. He dislikes that Simon hogs the spotlight: “Simon is front and center, and Howie’s smaller and as far off to the side as he can be.”

CDL readers, do you think Howie’s anger is well-warranted? Or is he over reacting? Is Simon as horrible as the OK! Insider alleges? Tell us in the comments. Be sure to keep it right here at CDL for all the current celebrity gossip and news.