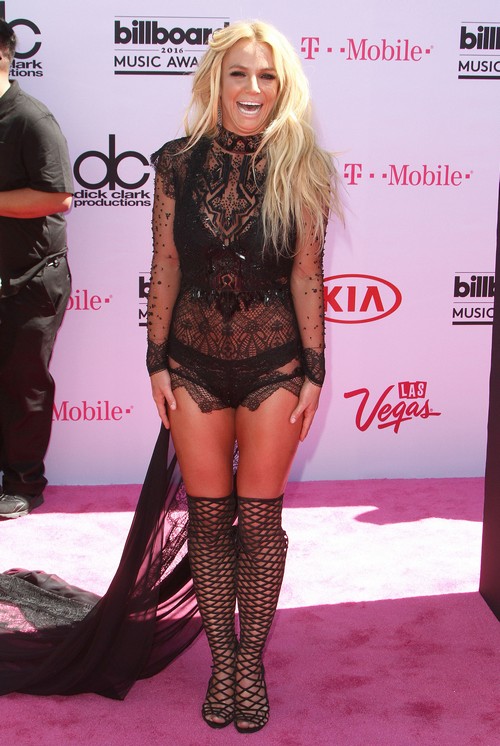 Could Britney Spears be headed for another emotional breakdown? Life & Style reported that the pressure of a Las Vegas show, “Piece of Me” is too much for Spears to handle. Her friends and family are concerned about the entertainer and hope she can find a way out of her million-dollar contract.

Her family reportedly is worried about her health and accused her of “randomly talking to herself and acting out of it” at times. The report claims that Britney feels trapped by her contract, and wants out of the deal, but isn’t sure how to get out without any legal ramifications.

“She recently said that her children have more freedom than she does,” an insider reports. The family has reason to worry about the singer as it was only a few years ago when Spears came unhinged and was forced into a mental hospital for treatment.

Many people seemed shocked by the story because Spears appeared to be in a much better place than she has been in the past few years. A source close to Britney revealed that the story is not true. Apparently, Britney is enjoying her residency in Las Vegas and loves having a regular job with set hours.

Spears explained that the regular working hours gives her more time with her children, and she doesn’t feel trapped by the gig at all. She isn’t sure where the report came from, but she claims it is completely false.

There seems to be some controversy about the validity of the claims because her family has told multiple media outlets that they were concerned about Britney’s well-being. A source close to Britney revealed that she worried that the pressures of the show were causing Spears “unneeded stress” and she felt it would be best for her if she were able to walk away.

Right now, it appears that Spears has denied the claim. She claims she is doing well, and the fans have nothing to worry about. Her friends and loved ones allegedly are worried about her mental health and raised concerns that she could spiral out of control if the stress gets the best of her.

Britney Spears won’t be able to hide the stress for much longer (if she is struggling)—it will become evident eventually. Do you think the pressure of a Las Vegas residency show is too much for Spears? Stick with CDL for more celebrity news and updates.