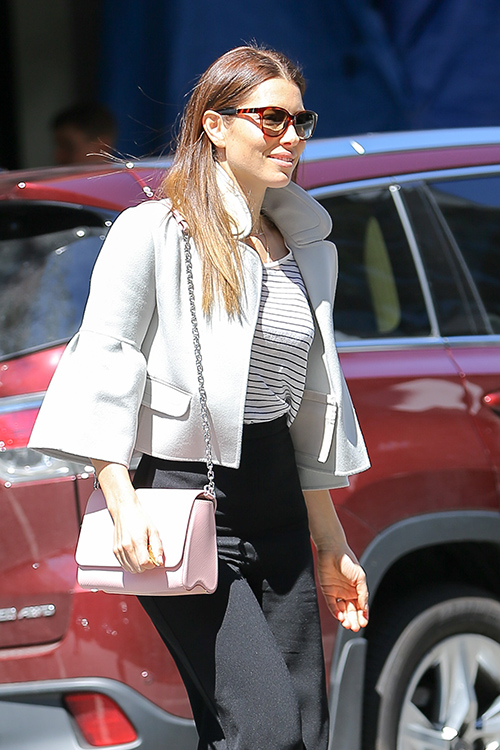 Is there any way a jealous Jessica Biel would allow Justin Timberlake to work with Britney Spears again? Is Jessica afraid Justin will cheat if he and Britney get together for a musical collaboration?

Britney is back and preparing to take Las Vegas by storm. The singer allegedly got in contact with ex-boyfriend Justin. In the recent issue of OK! magazine, an insider revealed that Britney is interested in working with the ‘Drink You Away’ on some new music. Would Justin consider making a few guest appearances during her new Las Vegas show ‘Piece of Me’ at Planet Hollywood? It must have been a shock for Justin to hear from Britney considering it’s been 14 years since the couple split.

Why would Justin Timberlake cheat on Jessica Biel with Britney Spears? When the former ‘The New Mickey Mouse Club’ co-stars broke up in 2002 there was speculation that Britney cheated on her boyfriend of three years. Why would Justin hurt Jessica the way Britney hurt him?

The insider says Justin thought the reunion might be interesting and fun to work with his former girlfriend and ‘The New Mickey Mouse Club’ co-star. However, the source says Jessica “hit the room and put a stop to it. [Jessica] thinks it’s so weird that he would want to work with [Britney] after all this time.”

Justin’s career is going stronger than ever right now. He doesn’t need to work with Britney. Justin made headway onto the country music charts over the past couple of years. Justin performed a duet at the 2015 Country Music Association Awards with Chris Stapleton who won the New Artist of the Year Award.

Jessica and Justin have been happily married since 2007 and have a one-year-old son Silas. There has been speculation that the couple is considering adding to their family in the next year. Does Jessica Biel really have any reason to worry about Justin Timberlake cheating on her with Britney Spears?

Britney doesn’t need Justin and should leave him and Jessica alone. There are plenty of other performers that Britney can collaborate with whether it’s on a new album or to make guest appearances at her Planet Hollywood Las Vegas shows.