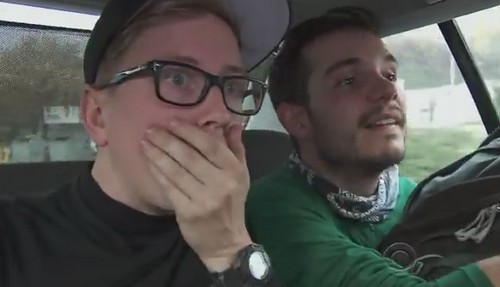 Is The Amazing Race on tonight? Bad news for fans of the CBS reality show, the Amazing Race Season 28 will NOT air on Friday, March 25. The show has been pushed back a week due to March Madness tournaments on CBS. The college basketball tournaments have been wreaking havoc on CBS programming and shows, but the good news is – the sports event is about half way over.

The Amazing Race spoilers for Friday April 1 tease, “For the first time in ‘The Amazing Race’ history, teams travel to Yerevan, Armenia, where an express pass is on the line for the winner of the leg.”

Although we’re sad that The Amazing Race won’t be airing on CBS tonight, March 25, there is some good news! According to an all new report from CBS, today the networked renewed 11 of their shows, and The Amazing Race was one of them. The Amazing Race and its sister show were both renewed for the 2016-2017 season.

If you need a refresher before The Amazing Race Episode 6 airs on Friday April 1, you can check out our detailed recap of Episode 5. And, don’t forget to check CDL for news, recaps and updates on all of your favorite reality TV shows!