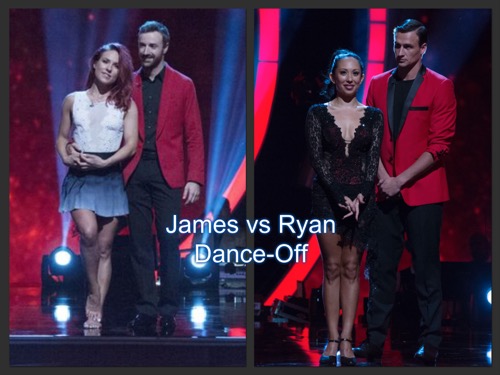 Watch the video below and let us know what you think, do you agree with the judge’s comments? Do you think James or Ryan did enough to avoid elimination tomorrow? Make sure to head over and check out all our DWTS recaps, spoilers, news & more, right here.

Learning to shake their booty