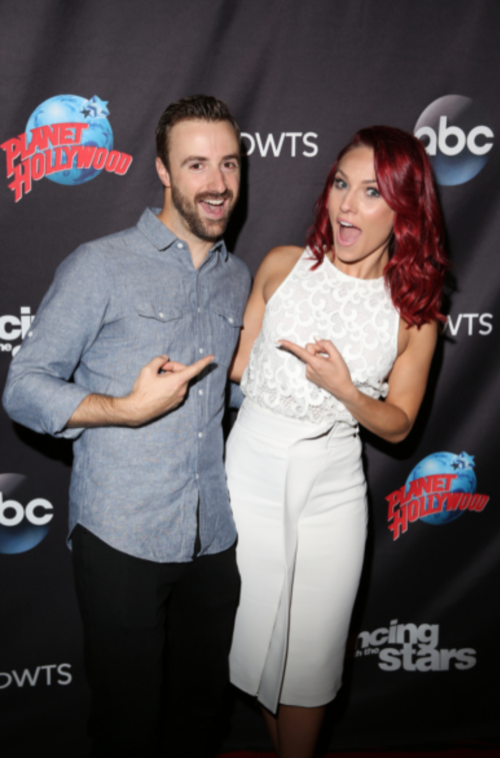 Tonight on ABC the glitz and the glamour returns to the ballroom as Dancing With The Stars returns for a 23rd season. Canadian race car driver James Hinchcliffe & his professional dancer Sharna Burgess took the stage tonight and danced a Foxtrot to “Live Life” by Zayde Wølf. Did you watch tonight’s DWTS episode? If you missed it we have a full and detailed recap, right here for you.  Did you miss any of tonight’s performance videos? If you did we have them all, right here for you!

James is very excited about dancing and tweeted a message to his twitter fans to encourage them to vote for him and Sharna, he tweeted, “Have you met @hinchtown? Here is what @dancingabc found out and then vote for #TeamStopAndGo tonight! http://bit.ly/2cf5w1N  #DWTS”

Judges comments on James Hinchcliffe’s DWTS Premiere Foxtrot: Len: “You know what’s great about the show you never know what shows up but James that was knock out a lovely mix of steps you knocked me out.”  Julianne: “That was calm, graceful, smooth breath of fresh air.”  Bruno: “Oh yes, you first class!  The ease of move, like you were the king of the room, not a bother in the room!  I cannot wait to see you in Latin!”

Watch the video below and let us know what you think, do you agree with the judge’s comments? Do you think James did enough to avoid elimination next week? Make sure to head over and check out all our DWTS recaps, spoilers, news & more, right here.