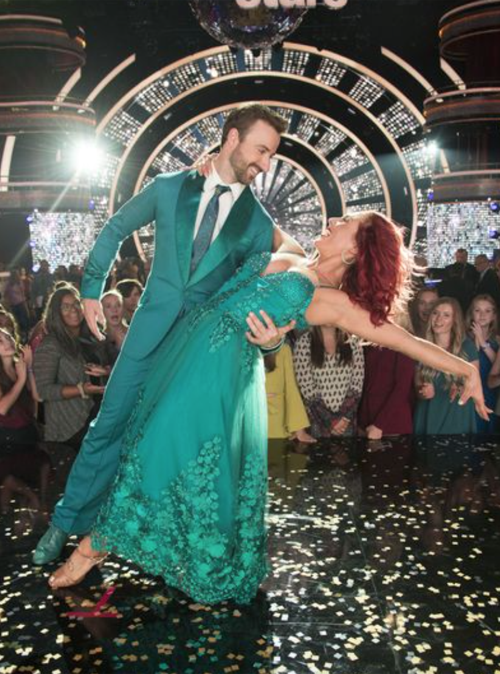 Tonight on ABC the glitz and the glamour returns to the ballroom as Dancing With The Stars returns for the second episode of the 23rd season. Canadian race car driver James Hinchcliffe & his professional dancer Sharna Burgess took the stage tonight and danced the Paso Doble to ”A Tribute to Walking Dead” for their TV theme song. Did you watch tonight’s DWTS episode? If you missed it we have a full and detailed recap, right here for you. Did you miss any of tonight’s performance videos? If you did we have them all, right here for you!

James is very excited about dancing and tweeted a message to his twitter fans to let them know how he is doing, “Still working on @SharnaBurgess to let me drop that one in a routine. It’s not going well…”

Judges comments on James Hinchcliffe’s DWTS Season 23 Week 2 Paso Doble: Carrie Ann: “Impressive, your synchronicity was on point.  This week was not as good as last week, but I am impressed!”  Len: “James I have to say you are an accomplished dancer.  I thought the Paso got mixed up in the production.”  Julianne: “Okay I have to say I so appreciate your commitment.  Your facial expression, you should go into acting after this.  You are sharp you hit the movements, but your shaping is a little lacking!”