Jennifer Aniston And Justin Theroux Marriage In Crisis – Couple Doesn’t Celebrate Anniversary, No Love Between Them! 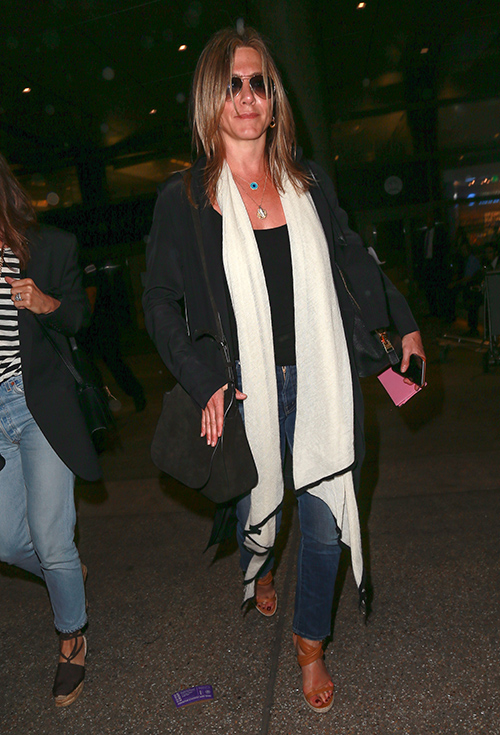 Jennifer Aniston and Justin Theroux’s wedding anniversary wasn’t the star-studded event the actress hoped it would be. Instead, the couple supposedly celebrated their marriage with a “relaxed” night at home, which is rather unusual for someone like Jennifer Aniston, who loves to involve the paparazzi and media with almost everything she does these days.

If there’s one thing that is keeping Jennifer Aniston relevant in the celebrity world, it’s the gossip surrounding her personal life more than her work on the big screen. After all, Jennifer Aniston’s last several movies flopped at the box office, including “Mother’s Day” and “Horrible Bosses 2.” That’s why the actress uses Jennifer Aniston pregnancy headlines and paparazzi photo ops to help generate interest about her personal life, otherwise she would have been long forgotten in Hollywood by now.

That’s why critics can’t help but wonder if Jennifer Aniston and Justin Theroux’s anniversary didn’t go as planned, as there’s no doubt that the actress would have used it as yet another opportunity to garner some media attention.

There’s no doubt that Jennifer Aniston did expect something to happen and now that her husband failed to deliver any romantic surprises, Jennifer Aniston and Justin Theroux divorce headlines are going to hit the rumor mill in no time.

Tell us CDL readers, do you think Jennifer Aniston and Justin Theroux’s marriage is already in crisis? Drop us a line and don’t forget to check back with CDL on all of the latest updates on your favorite celebrity couples right here.