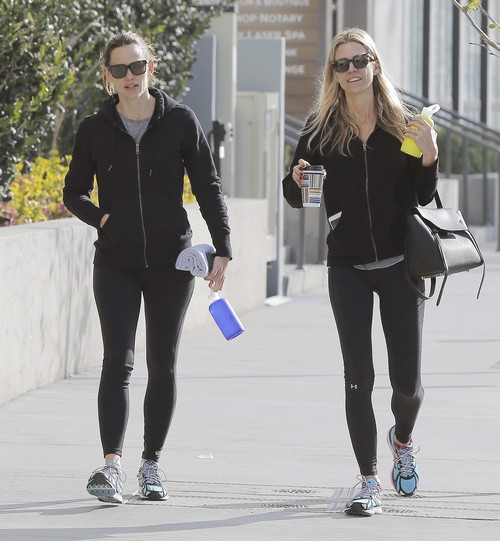 Is Jennifer Garner pregnant with her soon to be ex-husband Ben Affleck’s fourth baby? Not yet, but the almost divorced couple is reportedly trying to get pregnant with baby number four. Hollywood seems to have this misconstrued theory that a baby will save a marriage/relationship. More celebs than we care to count have had babies to try and scare off a divorce – it never seems to work – yet they continue trying.

Jennifer Garner and Ben Affleck already have three children together, Seraphina, Violet, and Samuel. This week’s edition of Life & Style Magazine teases that Jen is considering baby number four, and thinks it could save her marriage. That doesn’t sound ridiculous to you guys? Three babies in and your husband already cheated on you with your nanny. If three babies didn’t save your marriage – why would a fourth?

According to Life & Style Magazine’s inside source, “They’re desperately trying to get pregnant. Jen has always wanted four children, and since things are back on track, they both feel another child will cement their marriage and make a fresh start for them both.” The insider goes on to say that Garner has been telling her pals that she might already be pregnant.

We’re not really buying it. Sure, Jen and Ben did spend a weekend together during Valentine’s Day – and have been together more recently than they ever were before, so they have had plenty of time to make babies. But, Jennifer Garner doesn’t seem to worried about saving their marriage.

As a matter of fact – she just slammed Ben in an interview and made a mockery of his post break-up tattoo. Maybe we are being a little too optimistic, but honestly it seems like Jen is totally over Ben, and sees right through her lying and cheating ex.

What do you guys think? Do you believe that Jennifer Garner is really trying to get pregnant to save her marriage? Or are Ben and Jen going through with their long, drawn out divorce?

Jennifer Garner is spotted hitting the gym with a friend on March 2, 2016 in Brentwood, California by FameFlynet