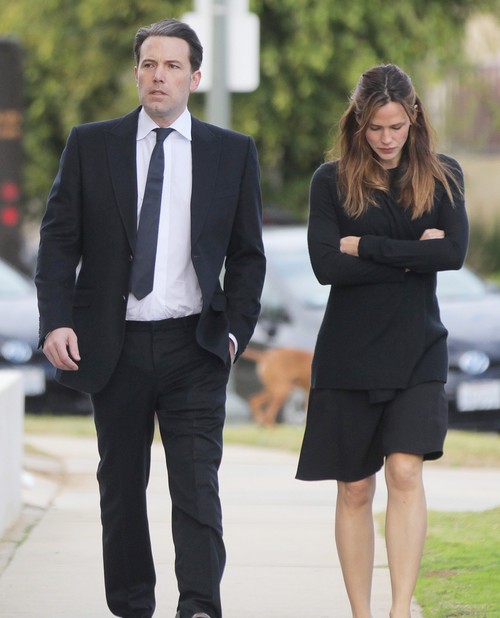 Jennifer Garner is ready to move on with a new man after her split from Ben Affleck. She was spotted laughing with some unknown mystery man, sitting in an SUV in her neighborhood.

“She is telling no-one about him. All her friends have seen the pictures and have been asking her about the mystery man, but she is saying nothing. After her private life was on all the weekly covers she wants to get her privacy back.”

Who can blame her? When you have been through the marriage ringer like Jennifer Garner has been, at the hands of Ben Affleck, you will do anything to get your privacy and dignity back in tact.

Ben and Jennifer split back in June after their 10 year marriage came to an end, thanks to Ben Affleck doing the stereotypical “cheat on your wife with the nanny” routine.

So who on earth could this mystery man be? There have been speculations that Jennifer Garner and Patrick Dempsey are dating….could he be the mystery man? Or could Jen possibly be dating around, not just seeing one guy?

I would of course adore seeing McDreamy and Jennifer Garner together. Talk about a beautiful couple!! I think her baby making days are done, but can you imagine the gorgeous babies these two could make?! I won’t get too excited though, Jen’s rep has denied that they are in fact dating, but on the other hand, it wouldn’t be the first time that a denial was turned around and confirmed a short while later. I will just wait to see….. with my fingers crossed.

In other Jennifer Garner news, you will be seeing a lot of her with four films on tap already in 2016: The Tribes of Palos Verdes, Miracles From Heaven, Nine Lives, and Wakefield. These four movies compile 3 dramas and 1 comedy…. I am looking forward to all of them!

Who would you like to Jennifer end up with? Just an average Joe? Or Patrick Dempsey? Anyone else come to mind??

Keep checking back on CDL for the big reveal of Jen’s mystery Ban!