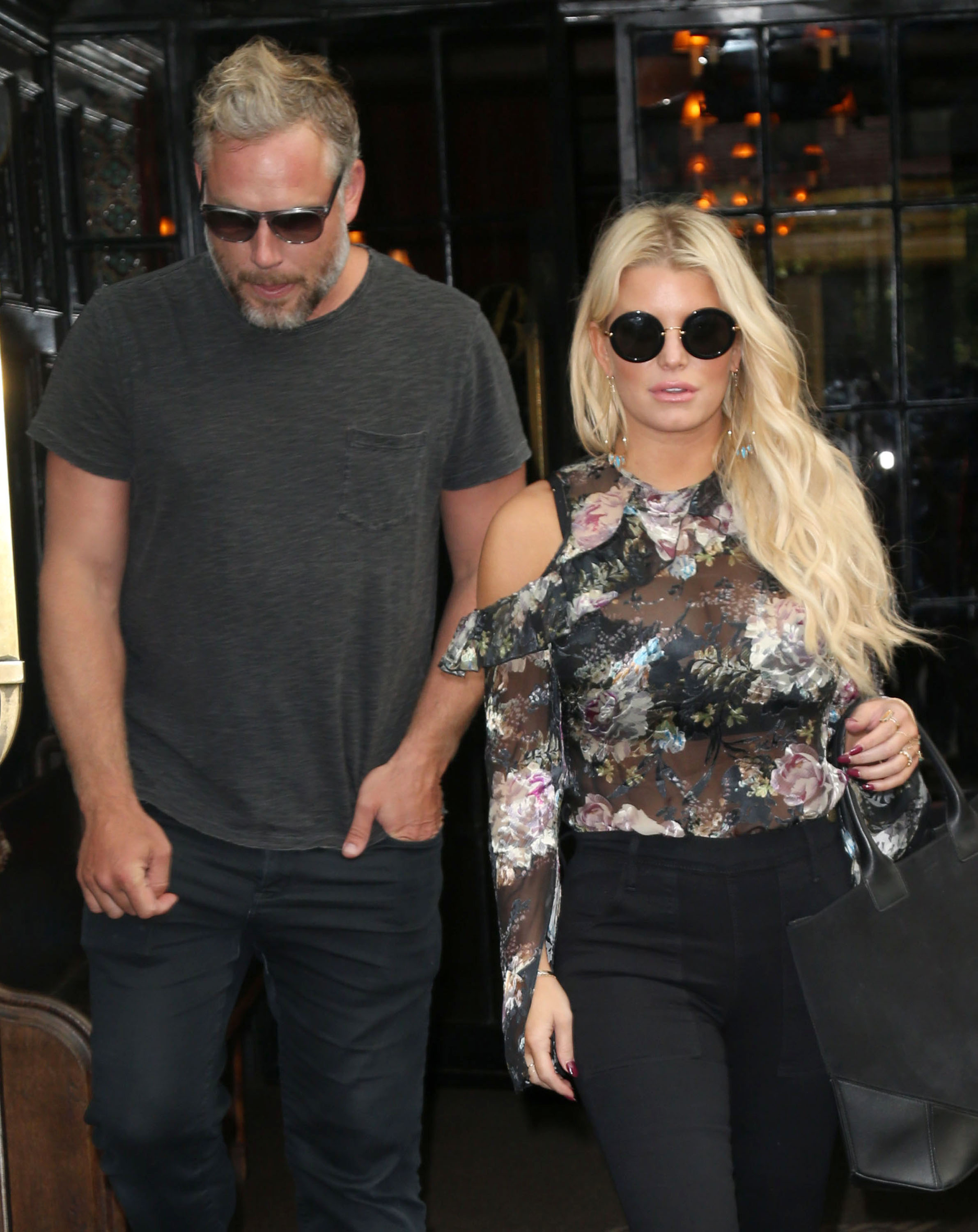 Is Jessica Simpson pregnant? Is the former chart topper hoping that a pregnancy will help save her marriage to Eric Johnson? That’s what fans can’t help but wonder as the fashion maven was spotted with what looks like a baby bump while she was making her way through LAX this past weekend.

Jessica Simpson’s weight has always been a hot topic for the tabloids, as the blonde beauty has used her pregnancy weight gain and weight loss to land lucrative Weight Watchers deals in the past. And while she hasn’t confirmed or denied a pregnancy yet, the mother-of-two was spotted looking a little fuller, prompting rumors that she might have another bundle of joy on the way.

Of course, if Jessica were indeed pregnant, this wouldn’t be the best timing for her. There’s been speculation that she and Eric have been dealing with some major marital issues at home, along with rumors of the former NFL star cheating with one of the family’s nannies. I

f that weren’t enough, Eric has not had a job since 2008, leaving Jessica as the sole breadwinner of their family. In fact, Eric hasn’t even bothered to look for a job, as he’s been using his wife’s fortune as an opportunity to sit at home on go on luxury vacations.

Jessica Simpson’s pregnancy rumors couldn’t have come at a worse time for her. With all the problems she and Eric are having, a baby won’t solve their problems or force Eric to get a job or stay faithful to his wife. In fact, there were rumors swirling that he was getting a little too up close and personal with a 28-year-old nanny behind Jessica’s back while the two apparently “disappeared into the bushes for two hours” behind their home.

What Jessica needs to do is think about her future with Eric or even consider getting marital counseling for the couple. Bringing another baby into this world is the last thing she needs to do, especially if Eric isn’t on the same page with her right now.

But then again, Jessica Simpson has proven to be the kind of person who is desperate to make her marriage work, no matter how many issues she might be dealing with. In fact, it allegedly took her father, Joe Simpson, to convince her to pull the plug on her last marriage to Nick Lachey back in 2006.

But now Jessica is older and with two kids of her own, would she be willing to listen to reason rather than her gut instinct when it comes to making the right decisions about her marriage? What do you think, CDL readers?