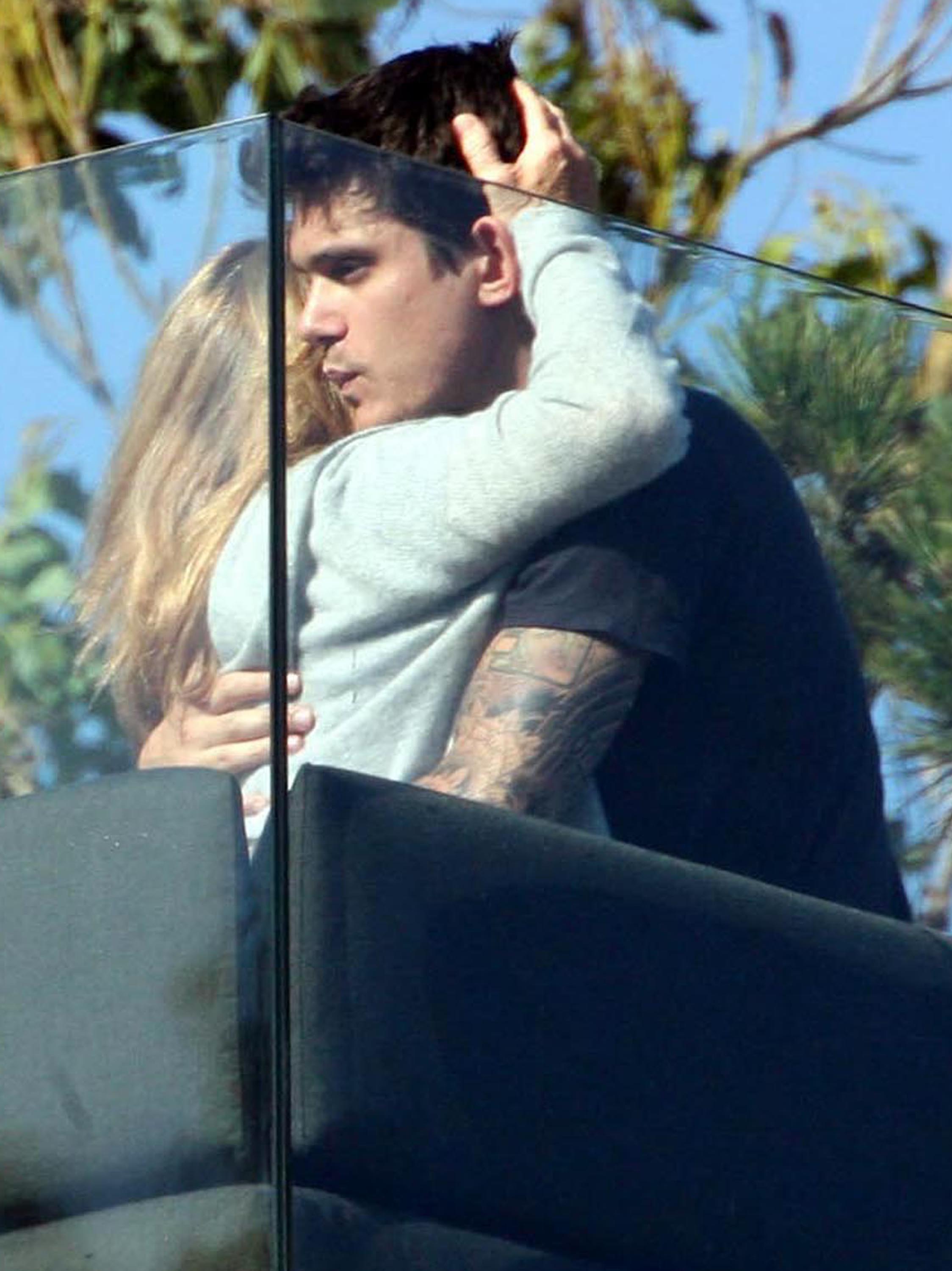 John Mayer is avoiding his ex-lover Jennifer Aniston at all costs after the two apparently had an ‘awkward’ moment at a Hollywood hotspot recently. According to Bravo’s Andy Cohen, the situation got awkward considerably fast when he and John Mayer spotted Jennifer Aniston along with her former ‘Friends’ co-stars Lisa Kurdow and Courteney Cox having dinner together at the Sunset Tower in West Hollywood together.

According to Britain’s Now Magazine, Andy explained, “We realized they had to walk by our table to leave and that would be a ‘moment.’ We wondered it was more fun at our table or theirs.” He also said that John was absolutely flustered over seeing Jennifer and that he was trying to avoid her at all costs. That’s why both he and Andy left the scene as they wanted to avoid any tension between the singer and his former lover.

Considering Jennifer Aniston was easily pulled in to all of the Brad Pitt and Angelina Jolie divorce drama, it’s without a doubt that the actress doesn’t want to revisit all of the humiliation behind her split with John Mayer. After all, their relationship was so tumultuous that Jennifer ended up breaking up with him several times before finally pulling the plug on their romance back in 2010.

Even though John has said that their break-up was one of the worst moments in his life with reports at the time indicating that Jennifer dumped him because he was obsessed with social media at the time.

While Jennifer Aniston moved on from their relationship to date and eventually marry her husband Justin Theroux, John has dated a number of actresses and celebrities but has had difficulty settling down with anyone. Many fans who have been following Jennifer Aniston over the years will know that her relationship with John Mayer wasn’t one of her best memories, as she often dealt with his public immaturity and petty need for attention more than just once.

Knowing all too well what John Mayer is capable of and how desperately he wants his name in the headlines, both fans and critics aren’t surprised that Jennifer Aniston wants nothing to do with him. While Jennifer and her ex-husband Brad Pitt are reportedly still ‘friendly,’ Jennifer wouldn’t even go as far as picking up the phone if John called.

Of course, neither John Mayer nor Jennifer Aniston have made any comments about their icy encounter, but surely the actress is none too happy over another ex making headlines at her expense. Do you agree? Also, check back with CDL for all the latest news on Jennifer Aniston.

Hot couple JENNIFER ANISTON and JOHN MAYER visiting Jen’s best friend Courteney Cox at her new beach home in Malibu. Jennifer Aniston is so serious about her new beau that she’s reportedly thinking about getting a tattoo to. A source reveals that the former ‘Friends’ star is thinking about either adding a heart to the small one she already has on her stomach. Mayer however has another idea that both of them should get the letter ‘J’ done in a secret place. – 06-01-08 Malibu, CA by FameFlynet

Took a pass of a solo just for you… now on to the one for the record.