Jennifer Aniston Adamant She’s Done Being Shamed For Her Life Choices: Sick Of Being Labeled A Sad, Childless Human! (PHOTO) 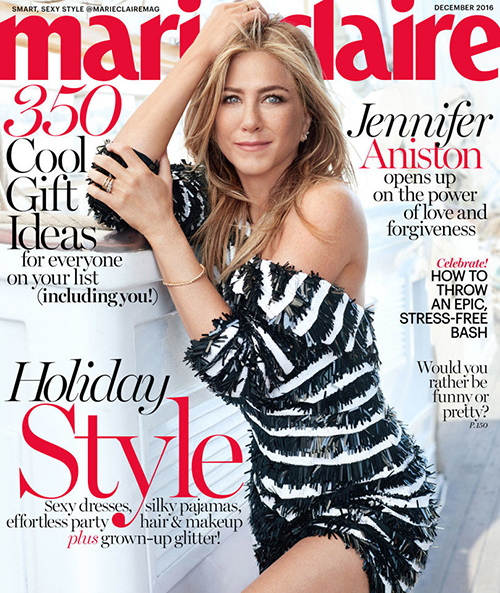 Jennifer Aniston has admitted that she is being shamed for all the Brad Pitt drama she’s been sucked into ever since the actor’s wife Angelina Jolie filed for divorce back in September. After several reports of a possible reunion, or how Brad is secretly calling Jennifer for help during this very desperate moment in his life, the actress says she’s had it with all the lies.

In a new interview with Marie Claire, the Hollywood star says she’s done being shamed for all the personal choices she’s made in her life, which of course includes her divorce from Brad Pitt and how the tabloid media has tried to fuel buzz of a possible separation from Justin Theroux, even though she says it’s far from the truth. She also said she’s sick and tired of the public labeling her as a ‘sad, childless human’ who has been shamed and ridiculed for her choices for the last decade.

By saying this, Jennifer Aniston is no doubt trying to garner sympathy from the public for continually being ‘shamed’ for the personal choices she makes in her private life. Both Jennifer and Justin constantly talk about their disdain for the tabloid media, yet the couple uses every opportunity they can get to talk about how perfect their marriage is in order to generate publicity for their upcoming projects and of course, themselves. Yet, when the media even dares to publish rumors that might have a grain of truth in them, both Jennifer and Justin are left appalled.

Yet, it’s more than obvious that Jennifer needs the magazines and tabloid media to keep herself relevant in the headlines. After all, she hasn’t had a hit movie in years and the only reason why she’s still considered an A-list celebrity is her ongoing role in the Brad Pitt and Angelina Jolie love triangle. Justin Theroux knows this, too, as many critics have long suggested he only married Jennifer to help boost his public profile and career. 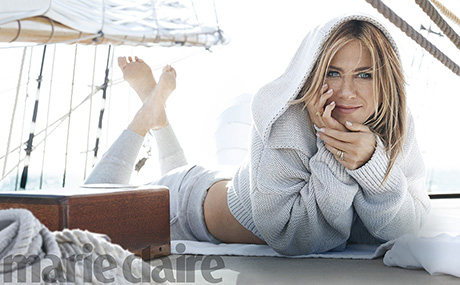 If it weren’t for Jennifer Aniston’s divorce from Brad Pitt, everyone would have forgotten about her. She would be begging for movie roles the same way her former ‘Friends’ co-stars have been doing for the past decade. The more Jennifer Aniston talks about her personal life in interviews, the more she fuels the ongoing rumors about her loveless marriage and how she secretly yearns for a baby. Do you agree?

Also, check back with CDL for all the latest news on Jennifer Aniston.