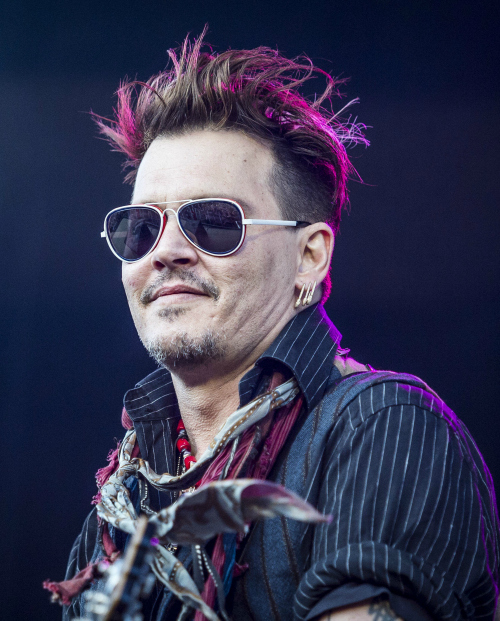 Johnny Depp and Amber Heard’s short marriage may have been plagued by cheating according to E! News. The network recently learned that one of the biggest altercations which led to the end of their 15-month marriage wasn’t only alleged abuse but also cheating accusations against the actor.

Amber reportedly had suspicions that Johnny was cheating on her and confronted Johnny, asking if he was unfaithful. This led to one of their most ugly fights ever if the story is true. According to an insider, Johnny Depp had a night out that turned into a major blowout at home with his wife.

The source told E! that when Johnny returned home, Amber had a feeling he’d been unfaithful. She made accusations and, according to the insider, “He blew up at her, got in her face yelling, chased her upstairs. Amber was scared.”

In the aftermath, the source says Johnny never addressed Amber Heard’s infidelity concerns but did apologize for how he reacted. Amber forgave him. When Johnny Depp and Amber Heard went public with their split, it was explosive and has only gotten darker and twistier.

Amber filed a restraining order against Johnny alleging several instances of domestic abuse. Oddly enough, the court documents include no mention of cheating by either party although some tabloids report that Amber Heard might have been “too close” to her ex-partner Tasya van Ree.

From the beginning of this divorce drama, many supporters in Johnny Depp’s camp said Amber Heard was just in the marriage for the money and fame and insist Johnny is not and has never been abusive. His ex, Vanessa Paradis, is one such supporter who willingly came to Johnny’s defense.

A source close to Vanessa Paradis told E! News that people have nothing but good things to say about Johnny saying, “Vanessa and Johnny didn’t split because he was allegedly abusive to her, they are still best friends and still get along really well.”

The truth is, Johnny and Vanessa simply lost that romantic spark, but they are still good friends and co-parents. Plus, the source close to the actor said that Amber Heard never appeared to be a victim of abuse during or after their relationship.

Johnny Depp has yet to address any of Amber’s allegations in the statement released by his team to E! News after they filed divorce papers and no doubt this has been stressful since Johnny recently lost his mother.

In the statement issued by his reps, Johnny Depp refused to acknowledge anything written about his personal life. Johnny’s reps added that their client hopes this short marriage can be dissolved quickly.

What do you think, CDL readers? Is Amber Heard making up these cheating allegations to get more from Johnny Depp by casting him in a worse light? Do you really think Johnny cheated? Share your thoughts in the comments below.

Be sure to check back with CDL often for all the latest celebrity news and gossip!