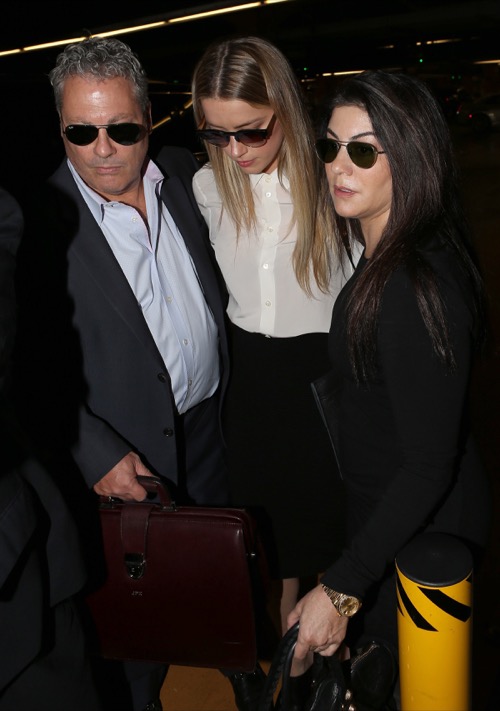 The couple released a joint statement earlier today regarding the settlement: “Our relationship was intensely passionate and at times volatile, but always bound by love. Neither party has made false accusations for financial gains. There was never an intent of physical or emotional harm.”

According to a source quoted by Entertainment Tonight, Johnny Depp was the one who pushed for a quick settlement because of the photo that was leaked yesterday of his finger which he severed while raging at Amber Heard about an alleged affair with Billy Bob Thorton.

Depp then allegedly used the blood from the cut to write out Billy Bob Thorton’s name on a mirror, according to TMZ. The two had worked together on The Informers and London Fields. Depp was understandably afraid that once the image was presented at trial, his chances of winning the case would be significantly reduced.

In addition to the gruesome photo, a video of Depp throwing a wine glass and wine bottle during an argument with Heard was leaked online last week: Depp’s sources claim that the tape was “heavily edited.” Amber Heard, on the other hand, has been plagued by rumors that the only reason she accused Depp of domestic violence was because she wanted to cash in on Johnny Depp’s considerable wealth.

By agreeing to $7 million instead of the requested $8 million and donating the proceeds to charity as she claims, she may have been able to undo some of the negative publicity surrounding her in the past months.

In May, the couple filed for divorce after being married less than a year. Amber Heard was able to get a temporary restraining order against Johnny Depp later that month. The two have been embroiled in a scandalous legal battle ever since, resulting in serious damage to both of their careers.

What do you think? Were Amber Heard and Johnny Depp both guilty? With the restraining order withdrawn, do you think there is a chance that the two might reconcile? What do you think of Depp’s severed finger photo and wine glass and bottle throwing footage? Sound off in the comments below!