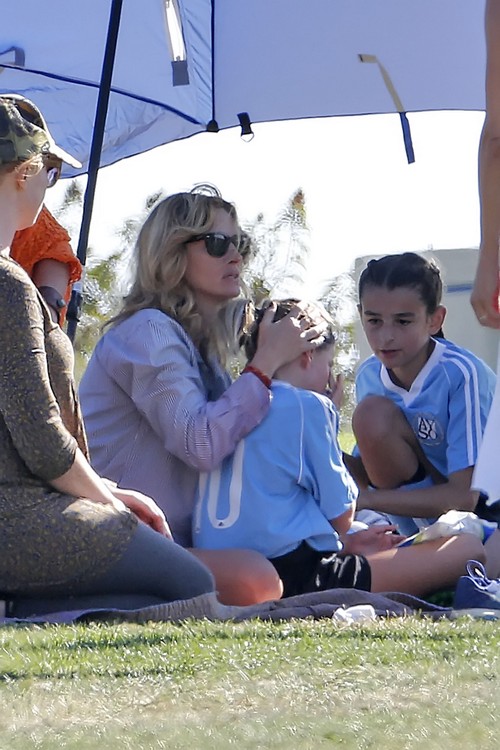 Are Julia Roberts and Danny Moder getting a divorce? That might be the case as the couple have not been seen together in recent weeks, sparking rumors that Julia is trying to hide her marital problems from the media.

In fact, Julia was forced to hit the red carpet by herself at the GLSEN Respect Awards in Los Angeles, with Danny nowhere in sight. Does this mean Danny has had enough and is no longer keeping up appearances with his Hollywood wife? Are Julia and Danny secretly filing for divorce in hopes that they’ll be able to keep the news under the radar?

Of course, if Julia Roberts and Danny Moder do end up divorcing, the actress won’t even admit to it, let alone talk about it with the media. Unlike other Hollywood stars who use their personal life to help generate interest about themselves, Julia isn’t as media savvy as Angelina Jolie and she definitely doesn’t know how to deflect answers on the red carpet the same way Nicole Kidman or Sarah Jessica Parker have done for years.

Instead, Julia tends to get snappy and rude, while not only showing her true colors but also getting incredibly defensive about her personal affairs.

Sure, Julia Roberts was once considered America’s Sweetheart, but what she hasn’t realized over the years is that she needs to cooperate with the media for the sake of her career. But because she’s been nasty to the paparazzi and blatantly rude to reporters, fans have been less willing to fork out money to buy tickets to her movies.

Plus, there’s also the fact that Danny Moder was married to another woman named Vera when Julia allegedly began her romance with him. Julia showed how vindictive and nasty she can be when she was spotted wearing a t-shirt that said, “A-low Vera,” which was obviously directed at Danny’s ex-wife.

In fact, so many people remember Julia Roberts as a home wrecker that it’s doubtful she’ll get any sympathy if she does indeed get a divorce from Danny.

With her marriage and family life in pieces and a lackluster career in Hollywood, it wouldn’t be surprising if Julia ended up having a meltdown before the end of the year.

Tell us, do you think Julia Roberts and Danny Moder are the next celebrity couple to divorce? Let us know below! Also, come back to CDL for all the latest news on Julia Roberts.

Julia Roberts comes to the rescue at her daughter Hazel’s soccer game in Malibu, California on October 22, 2016. Hazel had gotten hurt and was carried back to her by the coach, and Julia comforted her until she was ready to play again. FameFlynet