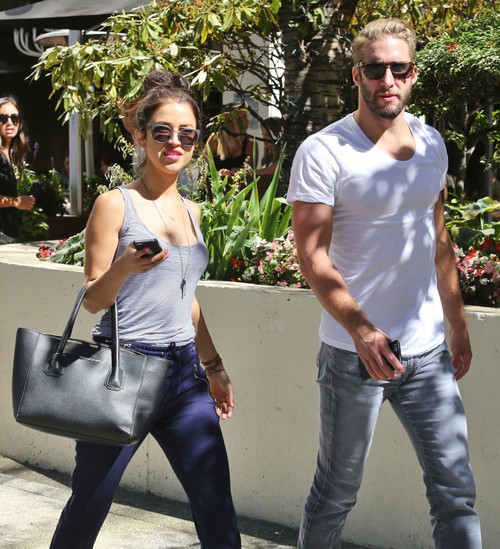 Are former Bachelorette Kaitlyn Bristowe and her 2015 winner Shawn Booth ever getting married? Kaitlyn Bristowe and Shawn Booth still have not set a wedding date – and according to their former co-star JJ Lane, the odds of them ever actually making it down the aisle are slim to none. And, if by miracle they do get married – Lane is positive that a divorce will be soon to follow.

JJ Lane sat down with in Touch Magazine and laughed that Kaitlyn and Shawn’s relationship is nothing but a “sham.” CDL has insisted for months that Kaitlyn and Shawn’s engagement is all about the Benjamins – if the couple stays together for so many years after the show ends, they get to keep the Neil Lane engagement ring, which is worth a couple hundred thousand dollars.

Not to mention all of the perks of being the reigning Bachelorette couple, like events, free trips, etc.

JJ dished to In Touch Magazine, “Kaitlyn and Shawn’s relationship is a sham. They have a business relationship. Shawn is only sticking with her for the money. Shawn is such a jealous, insecure person. There is no way that Kaitlyn is going to be able to live her life long-term with a guy like that.”

Sure JJ Lane was sent home and kind of made a fool of on The Bachelorette – so he may be a bit bitter – however he is not exaggerating, we all saw Shawn Booth’s insecurities and jealousy issues firsthand on Kaitlyn’s season, especially when she revealed that she had sex with Nick Viall.

Remember when he and Nick almost came to blows on more than one occasion, and Shawn’s many meltdowns whenever Kaitlyn so much as looked at one of the other guys that she was supposed to be dating?

What do you guys think, are Kaitlyn and Shawn ever getting married? Or are you going to have to agree with JJ Lane on this one? Come back to CDL for all your Bachelor new, spoilers and recaps!