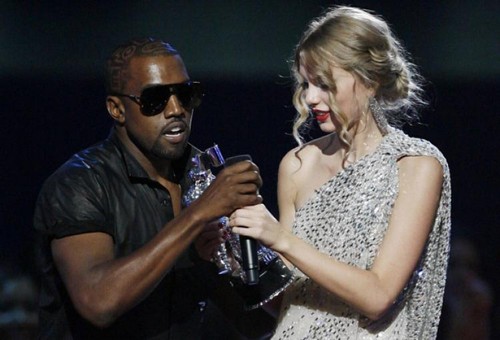 Hold on to your Yeezy hats: in perhaps the worst idea the network has ever had, MTV is planning on giving Kanye West free reign at Sunday’s Video Music Awards for four minutes to say and do whatever he wants. Perhaps the only way to keep the narcissistic trainwreck from crashing the awards is to pencil him in ahead of time…?

Perez Hilton reports that a source is claiming that MTV has decided to let Kanye West go rogue at this year’s VMAs without any idea what the rapper is planning on doing. In response to a tweet by TMZ (who first broke the story) about Kanye’s invasion, MTV responded “@TMZ, are you for real right now?” Despite MTV’s apparent denial, the Internet is swirling with confirmed rumors that the Kanye West’s takeover is supposed to be a huge surprise and is definitely happening.

The only rational reason MTV would let Kanye do whatever he wants for four minutes is to facilitate the egomaniac in spreading his crazy as much as possible, in a thinly-veiled attempt to boost ratings. His past VMA exploits are notorious and the rapper never fails to make a fool out of himself at the award show.

In light of his ongoing Taylor Swift feud, which coincidentally started at the VMAs when he interrupted Taylor Swift’s speech to say that Beyonce deserved the award more than T Swift, it is mind-boggling that they would actively encourage the star to speak his mind. It appears that viewers won’t be able to see Taylor Swift’s reaction to whatever Kanye has planned, as sources close to the pop star say that she will not be attending this year’s award show.

As of yet, there has been no comment from Kim Kardashian or the rest of the Kardashian Klan, but it is unlikely that they will be in favor of Kanye taking the stage to do anything other than perform his music. His exploits have already caused reproach from Kris Jenner who feels that his antics are detrimental to the family brand. Kim Kardashian will undoubtedly stand by her man no matter how cringe-worthy his rants will be.

With Kanye on the loose, no star is safe at the VMAs this year, especially not Taylor Swift.

What do you think about the news that Kanye West will be given four minutes to do whatever he wants at the VMAs? Do you think Kim Kardashian and her family will approve? Is there any chance at all that he won’t mention Taylor Swift? Tell us your thoughts in the comments below!