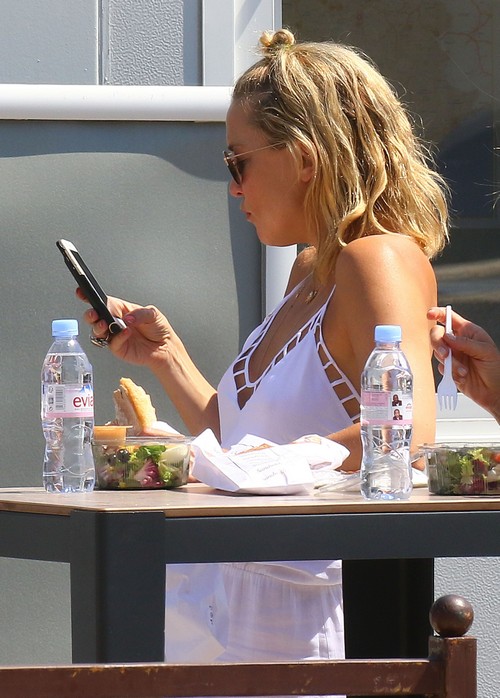 Kate Hudson is now dating Dilpo, Katy Perry’s ex-boyfriend. Kate Hudson is fast becoming Hollywood’s biggest serial dater. Ever since the actress announced her separation from ex-partner Matthew Bellamy, she’s been linked to a number of celebrity men, including Nick Jonas. After all, this is the same actress who had high-profile relationships with Owen Wilson, Alex Rodriguez, Matthew McConaughey and Lance Armstrong after she separated from her first baby daddy, Chris Robinson.

Well now, it looks like Kate Hudson’s dating life is on fire once again as she’s moved on from Nick Jonas to Katy Perry’s ex-boyfriend, Diplo. The DJ – whose real name is Thomas Wesley Pentz – previously dated the ‘Roar’ singer from 2014 to late 2015, even though he was expecting a child with his baby mama Kathryn Lockhart during that same time period.

A Kate Hudson and Diplo relationship will definitely make all sorts of headlines as there’s no doubt that these two love the media attention. After all, the actress’ Instagram account is full of gratuitous Kate Hudson bikini shots while Diplo is definitely an outspoken DJ who considers himself to be at the top of his league.

According to Us Weekly, Kate Hudson and Diplo first met several months ago at The Met Gala in New York City but didn’t hit it off until this last week when they crossed paths in Ibiza. The Hollywood star was vacationing with friends while the ‘Where Are You Now’ hit maker played a gig at Pacha nightclub. One source said “They are definitely dating,” while calling Diplo Kate Hudson’s ‘summer boy toy.’

So far the DJ’s rep has denied the Kate Hudson and Diplo romance rumors and knowing how the celebrity mother-of-two doesn’t like to talk about her love life, there’s little chance she’ll be saying anything on her end, too. After all, Kate Hudson is yet to publicly admit that she even dated Nick Jonas last year, even though the former Disney star basically confirmed the news on his end.

During an interview with Complex magazine back in February, he said, “Out of my best effort to respect her and her privacy, I’m not going to say if we had sex or not. But we did have a beautiful connection. Even now I have so much admiration and respect. She’s amazing.”

Either way, Kate Hudson likes to work fast, especially when it comes to her long list of celebrity boyfriends. Tell us Celebrity Dirty Laundry readers, do you think the Kate Hudson and Diplo relationship is going to last? Drop us a line with your thoughts below!