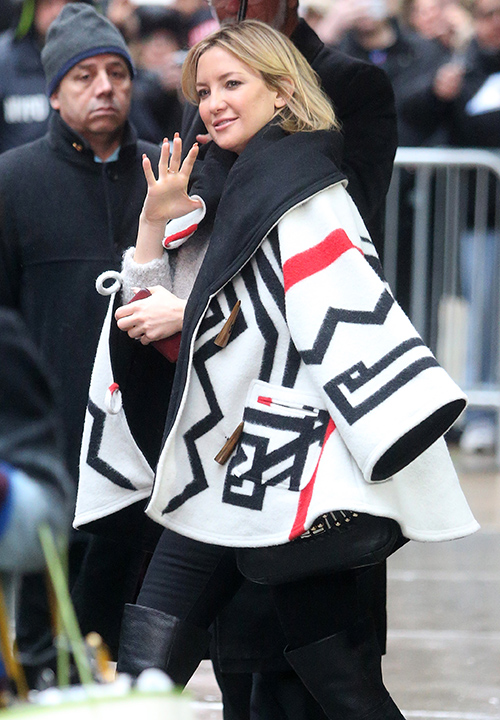 Does Kate Hudson regret splitting from Matt Bellamy after seeing Elle Evans hold on tightly to him after he won at the 2016 Grammy Awards? The couple could hardly keep their hands off each other during the ceremony held Monday, February 15, especially after winning the award for Best Rock Album.

Kate Hudson was one of the first people sending out congratulations on the award to Matt Bellamy and the band saying, “Go Daddyo! Congrats! @muse…” via her Instagram page.

Bellamy and Hudson went through a quiet separation is 2014, but since they share a son, Bingham Bellamy, the couple has a lifelong connection. Speaking with Allure in November 2015, Kate Hudson admitted that the split was painful but they both continue to work at creating an environment that their child can function without excessive animosities. There remains a great deal of curiosity, however, as to what kind of stepmother the 26-year old Evans would make for little Bingham Bellamy?

Matt Bellamy’s band Muse won the 2016 Grammy for Best Rock Album with their compilation called Drones. This is the second time the group is walking away with this highly sought after award. Drones topped the charts worldwide, achieving immense success in boosting the band’s popularity but also with profits.

In an interview with The Guardian, Bellamy said the album was influenced by his fascination with the nature of power as well as conspiracy theories. Bellamy said, “To me, drones are metaphorical psychopaths which enable psychopathic behaviour with no recourse. The world is run by drones utilizing drones to turn us all into drones. This album explores the journey of a human, from their abandonment and loss of hope, to their indoctrination…”

The euphoria being exhibited by Elle Evans while in the winners’ room at the show was hard to miss. The model kept touching, kissing, and smiling at her 37-year-old partner with complete and utter adoration. Evans was certainly not leaving it to chance that another might snatch up her winning rock star at any point during the ceremony.

Matt Bellamy and Elle Evans began dating in April 2015 which was his first relationship since his split from Hudson. The two, who are known for taking some interesting vacations, have never been shy about their public displays of affection and spend most of their time together despite hectic schedules. Ellen Evans was even featured in a music video for ‘Mercy’ one of the tracks from the Grammy winning album Drones.