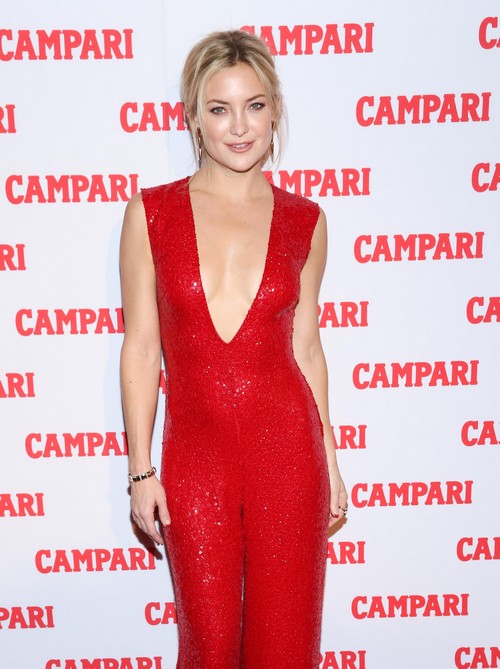 Kate Hudson has ended her awkward romance with the much younger Nick Jonas before her boy toy heads out on tour with Demi Lovato because she’s afraid he won’t stay faithful while out on tour. Hudson’s out-of character romance with Nick Jonas was never really taken seriously so it’s not really a shocker that the “Almost Famous” actress has finally called it quits with her much younger former Disney star boyfriend.

It’s almost like Kate woke up and realized how silly she looked for carrying on like a desperate cougar with a man 13-years younger.

According to a recent Life & Style report, Kate and Nick have parted on good terms. They claim that Hudson is basically just doing her Jonas boytoy a solid and freeing him up to enjoy the groupies while touring with Demi Lovato. Of course Kate Hudson has kept the whole split amicable because when Nick is in town, she’ll be sure to keep the “Jealous” singer entertained.

As proof that Kate isn’t exactly heartbroken over the end of her four month romance with the much younger man, sources told Life & Style that she can’t wait to get back out there and start dating again. So while Kate is being painted as some insecure old lady who can’t stand the thought of sitting at home while Nick Jonas is sneaky around with groupies isn’t exactly the reason Kate called it quits. Or at least it’s not all of the reason anyway.

Kate Hudson knows a little something about being married to a rock star after almost 7 years with The Black Crowes lead singer Chris Robinson. Hudson has been connected to a string of high profile men but none as shocking as Nick Jonas because, to put it bluntly, he’s practically a baby compared to Kate.

At 13 years her junior, the Jonas Brother singer typically appeals to a much younger fan base and also tends to date much younger women.

Hudson knows that the temptations out on the road can get to a man and Nick Jonas is in his prime right now. Not only would it be unfair for old lady Kate to tie Nick into a commitment when she’s not all that invested herself, but it would be asking for trouble because of the likelihood that Jonas would slip up and cheat.