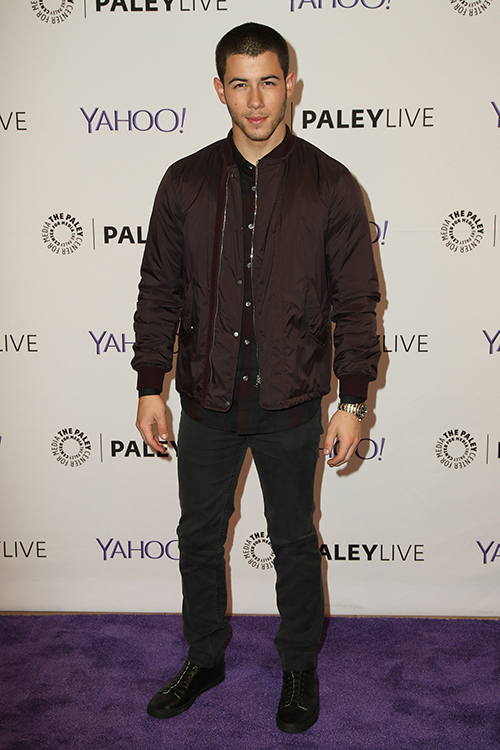 Is Kate Hudson already over her fling with the much younger Nick Jonas? In September, Nick and Kate were caught in a PDA sesh that had everyone talking. The unlikely couple were seen out on three different dates over the course of one weekend and that led people to believe that Jonas and Hudson were serious.

Now it’s looking like all the speculation about Kate Hudson’s Mrs. Robinson-esque romance with the 23-year old Jonas brother might have been just a fling. Despite reports that Nick Jonas had fallen hard for the “Almost Famous” actress, it looks like Kate might have already moved on.

Fast Forward to Monday night when Kate Hudson was spotted out and about in New York City with a man on her arm. The problem is, that man was not Nick Jonas.

Kate was spotted on her way out of New York’s Up and Down Club after reportedly attending the premiere of her new film, “Rock The Casbah.” Hudson was walking hand in hand with her agent, Michael Kives.

Now an argument could be made that Kives was only helping Kate Hudson navigate through a crowd. The problem is, there was no crowd. Instead, Kives was held Hudon’s hand as he led her down a semi-empty sidewalk and then he helped her into a car.

Now here’s where it really heats up. Once Kate Hudson and her agent-turned-possible-boyfriend Michael Kives were settled into the car, there are photographs of the two cuddled up together in the back seat.

This isn’t the first time Kate Hudson has been spotted getting intimate with her agent either. Back in August, before all the Nick Jonas rumors, Kate posted a pic to Instagram during dinner with a group of friends. Kives is in the picture and he is seen standing right behind Kate Hudson with his hands firmly on her waist. That photo was snapped the same week that Kives and Hudson were seen holding hands in West Hollywood.

However, Kives has made an effort to say that he and Kate are just friends and that there’s nothing romantic between them.

Rumor has it that Nick Jonas really wants a relationship with Kate Hudson and he thought they were an item. Will Kate come around and commit to the young “Jealous” singer or is Nick just wasting his time on an older woman who just wanted a play toy?