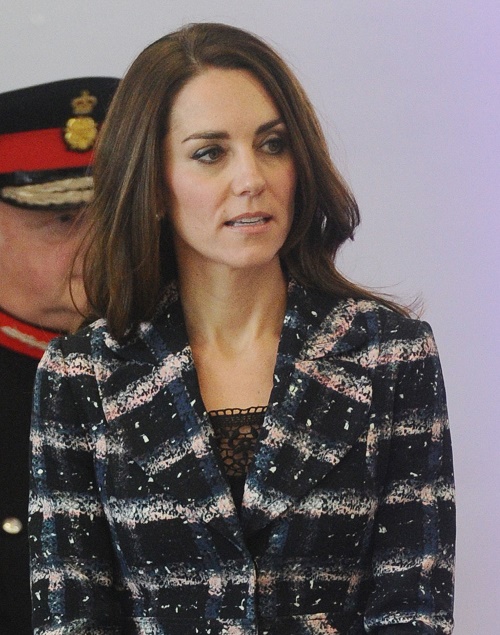 It was six years ago that Prince William and Kate Middleton announced their much-anticipated engagement to the world. Kate beamed for the cameras, showing off the 12-carat blue Ceylon sapphire that once belonged to Princess Diana. Kate and William’s fairytale had begun.

What a difference six years makes. On the anniversary of the Kate and William’s engagement the Duke of Cambridge spoke at the Founders Forum to kick off Anti-Bullying Week. William then embarked on a Royal Tour of Vietnam and Kate is sitting home at Anmer Hall with Prince George and Princess Charlotte.

Has William finally realized that as the future King he needs to put duty before family? Queen Elizabeth has always known this, much to the detriment of Her Majesty’s marriage and relationship with Prince Charles, Princess Anne, Prince Andrew and Prince Edward.

The Duke said he was looking forward to hearing about Vietnam’s efforts to #endwildlife crime when he met Prime Minister Nguyen Xuan Phuc. pic.twitter.com/rHIN8oqRNg

Not every little teeny-tiny anniversary needs to be celebrated with roses, gifts of jewelry and a romantic dinner by candlelight. But since returning from their Royal Canadian Tour the Duke and Duchess of Cambridge seem to spend more time apart than the couple spends together. You would think the Cambridge’s would have been given one evening to celebrate the sixth anniversary of their engagement.

To add insult to injury, Prince William is enjoying his trip to Vietnam. Though the second-in-line to the throne is visiting to discuss the very serious problem of illegal wildlife trade, the Duke of Cambridge the trip to Vietnam hasn’t been all business.

The Duke will join global leaders at the IWT conference in Hanoi, fighting to save animals including elephants and rhinos from poaching. pic.twitter.com/GMBSjnAl3L

The prince was taken on a tour of the Ngoc Son Temple by an attractive Vietnamese guide. It certainly appeared that William was enjoying the tour as he laughed and smiled throughout. Was that a look of relief on William’s face? Relief that he is away from Kate Middleton for a few days?

Many reports have stated that the romance has gone out of the Cambridge’s marriage. Kate Middleton thought she was marrying a handsome Prince Charming and would forever live a life of leisure and luxury.

What Kate ended up with is a balding middle-aged man and a calendar full of Royal responsibilities that she isn’t interested in fulfilling. At least the Duchess of Cambridge has Princess Diana’s 12-carat blue Ceylon sapphire ring to keep her company while William puts duty before family.

Check CDL daily for hot news and updates on The Royals. 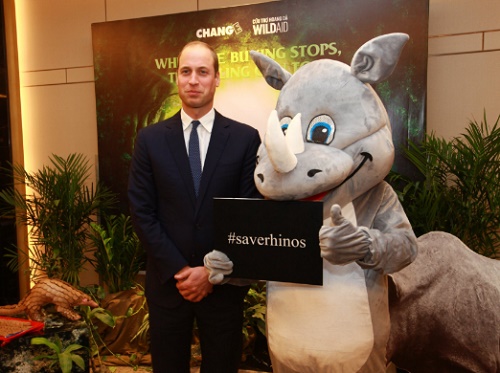 The Duke of Cambridge thanks the people of #Vietnam for their hospitality. We will see you again soon! pic.twitter.com/YeEFnAo5V2

Let’s #EndWildlifeCrime! We can win this battle.

Highlights from The Duke of Cambridge’s speech at the third international #IWTConf2016 pic.twitter.com/6766LSf76a

Tomorrow The Duke will attend the 3rd #IWTConf2016 in Vietnam! pic.twitter.com/CoSvHADpeI