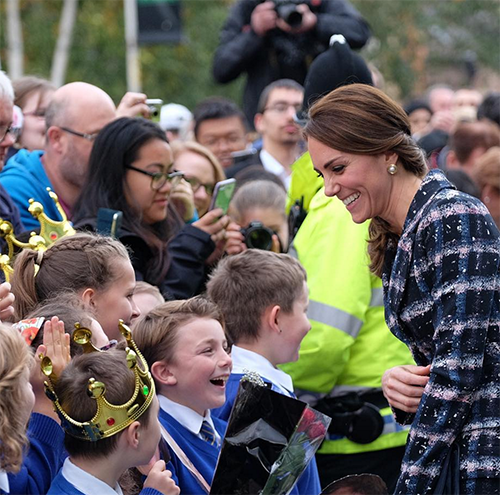 There’s a new report that says Kate Middleton’s diva-like antics has her butting heads with Queen Elizabeth once again. Prince William’s wife has been so resistant to actually doing any of her royal engagements that she’s apparently made it hard for the royal family to get her involved in charities, even though it’s part of her royal responsibilities.

In fact, the Daily Mail’s Ephraim Hardcastle even points out that the Duchess is feeling more and more ‘relaxed’ about her royal duties, and is beginning to cooperate more with the Queen. He even wrote, “Previously attempts to involve her – even when initiated by the Queen – were resisted.”

Does this mean that Queen Elizabeth gave an ultimatum? Would she make her grandson pull the plug on his marriage if Kate continued to make excuses about not doing her work? Is Kate so spoiled that she gets to pick and choose what she wants to do in the public eye, while defying her husband’s grandmother? That might be the case as apparently Kate’s work-allergic attitude has gotten so bad that she’s been left with just one option: shape up, or ship out.

It’s pretty evident that Kate Middleton doesn’t want to work, especially if she’s supposed to go on solo trips on her own, like the one she took to The Netherlands last week. She wasn’t born into royalty the same way Prince William and Prince Harry were and doesn’t have enough self-confidence to convince people that she knows what she’s talking about when it come to her charities and royal interests.

Certainly, Queen Elizabeth had to basically force her to get out and work for her title. Spoiled and lazy, the Duchess would never take any royal engagement on her own without being pushed to it. There’s no doubt that Queen Elizabeth is still regretting until this day that her grandson had to marry a commoner like Kate Middleton, whose own resistance just further proves have disrespectful she’s been to the British monarchy.

It wouldn’t be a surprise if the Queen even tried to meddle in Prince William’s marriage while trying to get Kate out the same way she did with Prince Charles and Princess Diana well over two decades ago. Sooner or later, Kate is going to realize that this is a battle she just can’t win. 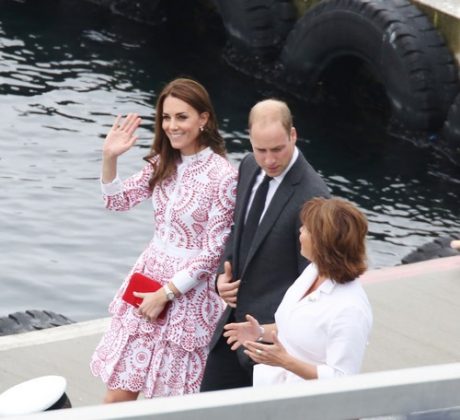 Do you think Queen Elizabeth and Kate Middleton are once again at odds over the Duchess’ royal responsibilities? Is the Duchess too spoiled to work? Let us know what you think by dropping us a line in our comments section. Also, check back with CDL for all the latest news and updates on the royal family here!

The Duchess took part in a discussion on addiction and mental health with experts from the Trimbos Institute and representatives from Action on Addiction, and the Anna Freud National Centre for Children and Families – two charities for which she is a patron of. It was hosted by the British Ambassador Sir Geoffrey Adams at the residence in The Hague.