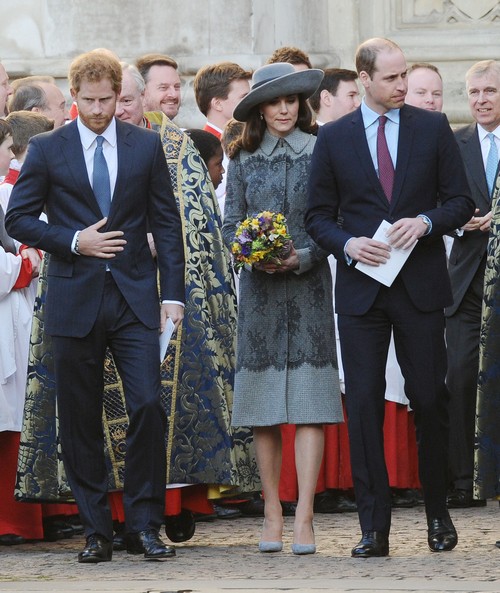 The outrage over Kate Middleton’s Courchevel ski trip continues. Carole Middleton came along to care for the Royal grandchildren as the Duchess played matchmaker for Thomas van Straubenzee and Sophie Carter.

Also convenient, in addition to having once been romantically involved, Sophie and Thomas are Princess Charlotte’s godparents.

Wait, wasn’t this supposed to be a family vacation for the Duke and Duchess of Cambridge? A little down time to spend with Prince George and Princess Charlotte?

How did Thomas and Sophie get invited to join the Cambridge’s? An insider divulged, “It was a really difficult week for Thomas because details of his divorce emerged, and Kate and William decided he could use some cheering up.” Was it a rough week for Sophie too?

Apparently the Duchess of Cambridge didn’t want Thomas sitting alone in his apartment all sad and depressed. Everyone onto the private jet and let’s enjoy some time on the slopes of an ultra-luxurious resort in the French Alps to forget our troubles!

The spy reported that the foursome enjoyed luncheon at Le Pilatus where they sat at a corner table on the sun terrace. What did Prince William, Kate Middleton, Sophie Carter and Thomas van Straubenzee have to eat and drink?

Nine vin chauds – some kind of hot wine – a large beer, a cheeseburger, linguine, goat cheese salads and an omelet. The grand total for the meal was approximately $225.

Not only was this ski trip a waste of money, it was a waste of time. A source says Thomas and Sophie had no romantic interest in each other and didn’t get together after the four-day holiday. Sophie has a boyfriend and Thomas’s divorce from Lady Melissa Percy won’t actually be final for another six weeks.

If Kate Middleton wanted to Princess Charlotte’s godparents Thomas van Straubenzee and Sophie Carter to reunite couldn’t they have played matchmaker in a less expensive way? Maybe by hosting a dinner party at Kensington Palace or Anmer Hall?

Why did Carole Middleton have to tag along? Doesn’t the Royal couple have nannies to mind the George and Charlotte – or are they so poorly paid that they can’t afford warm clothing?