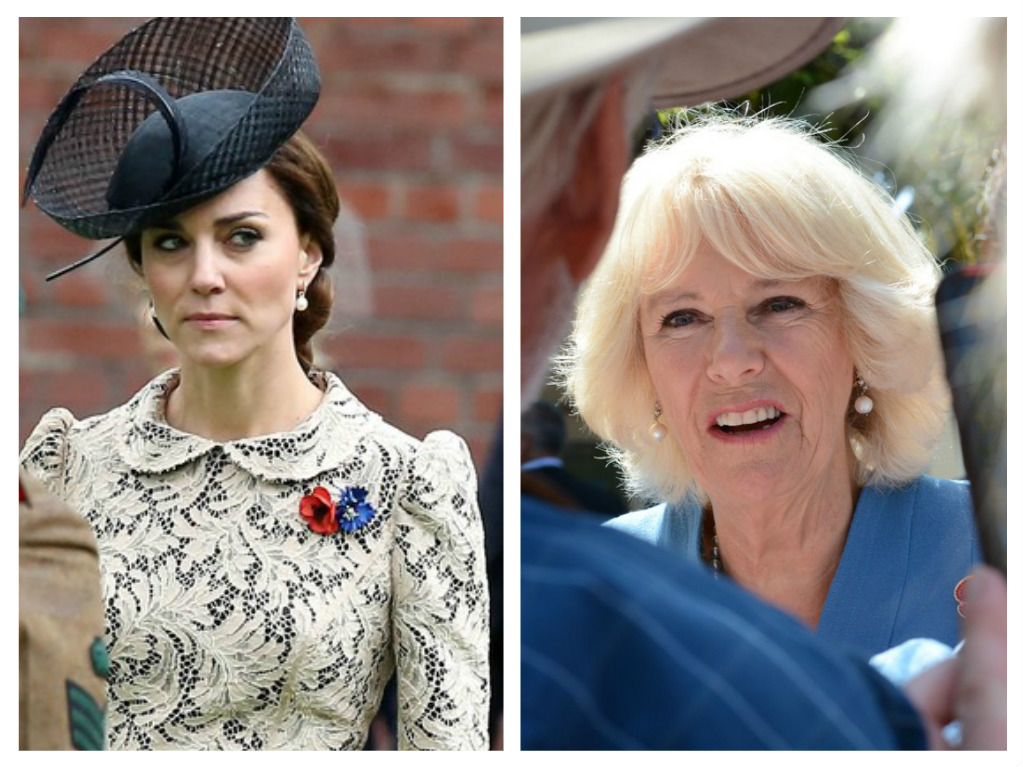 Kate Middleton was excluded from an important ceremony attended by Queen Elizabeth and replaced by Camilla Parker-Bowles! Prince Charles officially opened Queen Mother Square in Poundbury in Dorset on October 27. At a ceremony attended by Queen Elizabeth, Prince Philip and Camilla Parker-Bowles, the Prince of Wales gave a touching speech as a statue of the Queen Mother was unveiled.

Yes, you read that correctly. Camilla Parker-Bowles accompanied Queen Elizabeth and Prince Philip to Poundbury in Dorset for this most auspicious occasion with Kate Middleton nowhere in sight. Over the years Royal insiders have divulged that the Queen Mother detested Camilla and blamed Charles’ mistress for the Royal family’s problems. That certainly makes Camilla’s presence at the ceremony all the more interesting.

Adding to the scratching your head factor, Kate Middleton was excluded from the visit to Poundbury in Dorset. As far as we can tell the Duchess of Cambridge didn’t have any Royal obligations that day. Why didn’t Kate Middleton and Prince William accompany Queen Elizabeth to the dedication of Queen Mother Square and the unveiling of the statue?

The Duchess of Cambridge will attend the UK film premiere of ‘A Street Cat Named Bob’ in aid of @ActionAddiction on 3rd Nov, in London. pic.twitter.com/8p7m1bThkw

One Royal watcher posted the photo and wrote “The Queen and the future Queen Camilla Duchess of Cornwall in #Poundbury after the unveiling of statue of The Queen Mother #Royals.” Ouch! Queen Camilla, that doesn’t quite roll off the tongue, does it?

Where was Kate Middleton, the other future Queen? Probably at home at Anmer Hall fuming because Queen Elizabeth didn’t think the Duchess of Cambridge wasn’t important enough to make the trip to Poundbury for the dedication and unveiling.

While in Poundbury in Dorset Charles and Camilla officially opened the Duchess of Cornwall Inn which is right in the heart of Queen Mother Square. In addition to accommodation and restaurant facilities, the inn will serve as a pub for the locals and whoever else drops in for pint.

Was inviting Camilla along for the dedication and unveiling a clear message that Queen Elizabeth has accepted that Camilla Parker-Bowles will be Queen someday? Can the public get on board and do the same? Come back to CDL for all your Royal news and reports!

The Queen and the future Queen Camilla Duchess of Cornwall in #Poundbury after the unveiling of statue of The Queen Mother #Royals pic.twitter.com/pTBgt8bJ5t

During the Royal visit to Poundbury in Dorset today, The Prince and The Duchess officially opened The Duchess of Cornwall Inn. The new inn will be a pub for the local community and offers accommodation and restaurant facilities. Named at the suggestion of The Prince of Wales in honour of Her Royal Highness, the new inn is located in the heart of Poundbury, on Queen Mother Square.

#Repost @theroyalfamily “It is with immense pride and in loving memory of my darling Grandmother that I invite Your Majesty to unveil the statue of Queen Elizabeth The Queen Mother and thus to declare open her square.” The Queen officially opens Queen Mother Square in #Poundbury