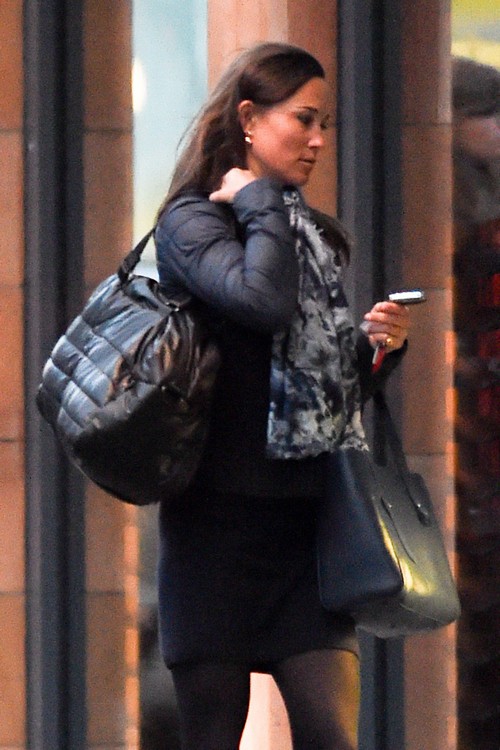 Have Princess Beatrice and Pippa Middleton become best friends? Is Beatrice pressuring Prince Harry to date Pipa Middleton? Kate Middleton is going to be furious and demand and end to that friendship immediately.

Pippa may have found a way around Duchess Kate’s ban on little sister’s reported affair with Prince Harry. There have been a few whispers that Pips has befriended Princess Beatrice as a way to get back into Harry’s heart – and the ginger-haired prince’s bed.

Kate Middleton and Princess Beatrice are barely cordial toward each other. The Duchess of Cambridge finds Princess Beatrice to be a spoiled brat who does absolutely nothing. And wouldn’t it just infuriate Princess Kate if Princess Beatrice were pushing Prince Harry back into Pippa’s arms and encouraging the couple to marry?

Yes, everyone wants Prince Harry to get married. Queen Elizabeth wants the fifth-in-line to the throne to stop partying and get serious about a suitable wife and a family. But Pippa isn’t suitable! Queen Elizabeth would probably rather have Harry choose Lady Kitty Spencer or Princess Maria-Olympia of Greece than let another Middleton woman marry into the Royal family.

Is Princess Beatrice intentionally driving a wedge between the Middleton sisters? Does Beatrice loathe Princess Kate so much that she would stoop so low? And in the process make Harry miserable! What did Prince Harry ever do to Princess Beatrice?

Of course there’s the possibility that Pippa Middleton sought out Princess Beatrice as a friend. Pippa prefers wealthy boyfriends who shower a girl with diamonds and expensive cars. Princess Beatrice is a great way to gain entry into the world of ridiculously rich bachelors. Beatrice managed to take 18 holidays in 15-months on someone else’s dime!

Or maybe Pippa is getting dating tips from Beatrice’s mother Sarah Ferguson. The Duchess of York’s boyfriends’ like to buy the disgraced royal all kinds of expensive gifts. Of course, Fergie turns around and sells those gifts after the break-up.

Poor Kate Middleton! Has the detestable Princess Beatrice formed a friendship with Pippa Middleton? Despite the Duchess of Cambridge’s best efforts to prevent it – will Pippa and Prince Harry start dating again?