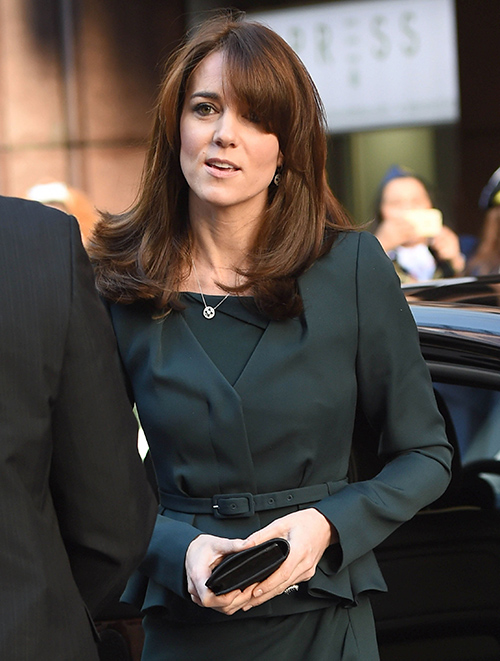 Has Kate Middleton caused a furor over Prince George’s new friendships with commoners? The Duchess of Cambridge is planning play dates with commoners from George’s nursery school at Anmer Hall and Kensington Palace. This must have Queen Elizabeth quite upset! Can you imagine a bunch of rowdy and sticky three-year-old kids running through the halls of Kensington Palace? Okay, so Duchess Kate would keep the wee ones confined to the Cambridge’s enormous apartment and have a few nannies on hand. It wouldn’t be that bad, would it?

Just as Princess Diana before her, the Duchess of Cambridge has vowed Prince George will grow up in as normal an environment as possible. Might as well enjoy as normal of a life one can get when you’re third-in-line to the throne, right? Great-granny Queen Elizabeth is probably going to live another 10 years. By the time granddad Prince Charles takes his place as King, he’ll be nearly 80, which means daddy Prince William will be in his mid-40s. George, more than likely won’t be King until HIS 40s.

Does Kate Middleton plan on having mummy wine and cheese parties while Prince George has the run of Anmer Hall with his little chums from Westacre Montessori? Will a butler pass ‘round a tray of Prince Charles’ finest cheeses? Perhaps Camilla Parker-Bowles brought back some interesting wines from the Wales’s trip to Australia and New Zealand. Do you think Camilla Parker-Bowles would miss a bottle – or 10 – of wine from her private stash?

What will Prince George’s playmates have for a snack? Maybe Duchess Kate will whip something up in the kitchen at Anmer Hall? After all, the Duchess of Cambridge does enjoy making all sorts of goodies from fresh organic ingredients.

If Kate Middleton and the other mums find themselves a bit at a loss on ways to keep the kiddies entertained, Carole Middleton can come to the rescue with lots of crafts and doodads from Party Pieces. Carole Middleton writes two advice columns about keeping children entertained; why not phone her up for some advice?

This commoner playdate thing should be an interesting experiment. But we do wonder, how long will it last? After the walls of Anmer Hall have been covered in finger-paint and goodness knows what else, the Duchess of Cambridge may throw in the towel.