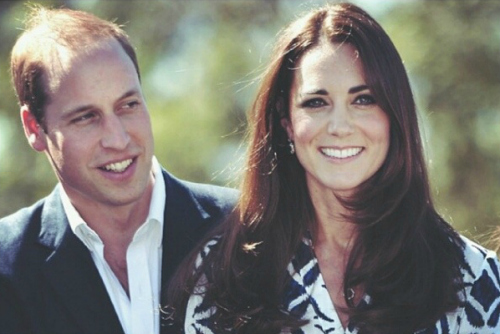 A new Vanity Fair article reports that Kate Middleton has minimal domestic help at Anmer Hall, the country estate she shares with Prince William and their two children. But to run the property with so little help, does the Duchess of Cambridge have to rule their roost with an iron fist?

A family friend recently opened up to Vanity Fair and divulged that Queen Elizabeth and Prince Charles “have given their blessing for William to live this [ordinary] life, and William is grateful. It’s enabling him and Kate to raise their family in a way that’s a close to ordinary as [Kate and William] can get.”

Are we buying this information the Royal family friend has shared? As the world has been told repeatedly, Kate loves to cook. There is absolutely positively no in-house chef at Anmer Hall. None, got that? From time to time, Kate is seen shopping for produce at a local place called Back to the Garden.

The Duchess of Cambridge doesn’t do all the shopping, though. Sometimes Kate will send the family’s bodyguards out to pick up groceries at local shops. Mealtimes are “hectic family occasions with pots of food served straight to the table. Kate sounds like an actual June Cleaver, don’t you think? Or is it Martha Stewart? Perhaps Kate is a combination of both.

It gets better! Prince William and Kate Middleton have only a few people on their staff, including full-time nanny Maria Borrallo, to help out around the 10-bedroom house. Is this truly because Kate and William want Prince George and Princess Charlotte to have as normal a life as possible – or is it because Queen Elizabeth refuses to increase the Cambridge’s allowance for payroll?

After dinner comes bath time and bedtime. Kate and William switch off giving the Royal kids their baths and tucking them into bed. George loves to have his parents read him The Gruffalo. What does Maria the full-time nanny do on nights Kate and William are on bath and bedtime duty? Is Maria in the kitchen doing the dinner dishes?

To prove they’re trying ever so hard to keep things as normal as possible, Kate and William have a cocker spaniel named Lupo who gets to run around Anmer Hall without restriction. We hope Lupo is housebroken because it doesn’t sound as if there’s enough domestic help to clean up any accidents. And don’t forget Marvin the hamster! Doesn’t every family have a hamster?

There you have it! Kate Middleton has a few staff members to help her around Anmer Hall, but not many. We pity those that are employed at the country estate as they’re most likely expected to do thrice the work for the same pay. After all, bodyguards are occasionally doing the grocery shopping and it’s hard to imagine Kate Middleton scrubbing the “royal throne.”

Check back with CDL often for all the latest news on the royals.