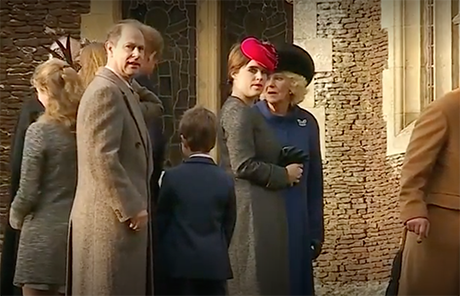 It didn’t go unnoticed on Christmas Day that Princess Eugenie’s intense exercise regime is paying off. Many admired the princess’s svelte figure as the Royals entered St. Mary Magdalene Church for Christmas services.

Eugenie, dressed in a knee-length fitted gray coat, accompanied Prince Harry to St. Mary Magdalene Church for services on Christmas day. Eugenie wore her hair in a fashionable up-do tucked neatly underneath a bright red fascinator. Royal watchers wonder if Eugenie has plans to outshine Kate Middleton and become the most fashionable Royal.

On Christmas Day, the Duchess of Cambridge wore a rather drab brown-burgundy colored coat with what one can only hope was a faux fur collar. As usual, Kate Middleton’s hair was unkempt, hanging lankly down and looked as if it needed a good washing. 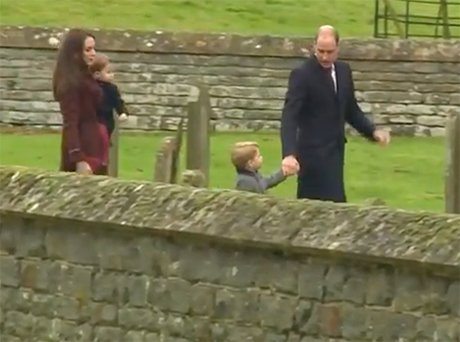 Christmas service at St. Mary Magdalene Church wasn’t the first time it was noticed Eugenie seems to be taking health and fitness seriously. A trimmed down Eugenie wore a sleeveless black dress with lace panels to the Animal Ball in November, showing off her toned arms and shrinking waistline.

You will remember that Eugenie revealed in an interview with Harper’s Bazaar that part of her daily routine involves rising early in the morning and getting in a good hour of squats and lunges in the park before heading off to work.

Daily Mail sources reveal that Eugenie has joined an exclusive women’s-only gym at Grace Belgravia at a cost of £5,500-a-year. It appears that the princess is putting in some serious time at the private gym on the days when she can’t get to the park for a workout. 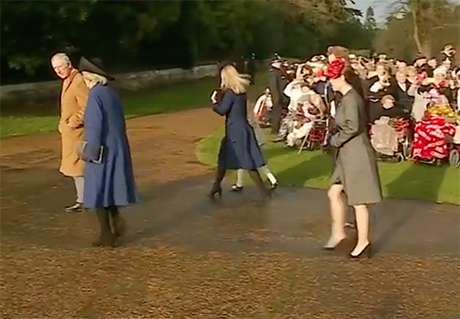 Is Eugenie determined to surpass Kate on the best dressed Royal list? Is the princess preparing to fit into a tight-fitted wedding dress in 2017? Eugenie and boyfriend Jack Brooksbank have denied that they are engaged, but many expect a Royal announcement sometime soon.

Perhaps Eugenie and Jack are keeping the engagement news a secret until Prince Harry and Meghan Markle officially announce their engagement.

Kate Middleton will need to step up her fashion game even more now that Princess Eugenie has decided it’s time to shine. Kate not only has fashion competition from Eugenie, but also from Harry’s girlfriend, Meghan Markle. Both ladies seem ready, willing, and capable of snatching the spotlight away from Kate.

No one can ever measure up to Princess Diana as a Royal fashion icon, and goodness knows the Duchess of Cambridge has tried. Princess Eugenie and Meghan Markle probably won’t have too difficult a time wrestling the most fashionable Royal title away from Kate Middleton. Keep checking CDL for all your latest news on the royals!