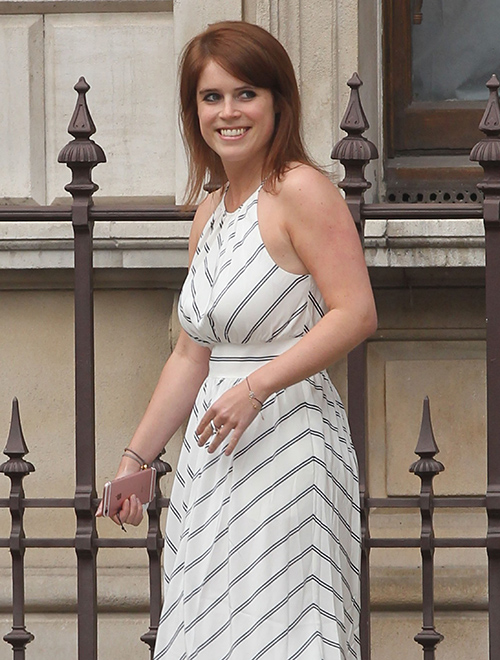 Is Pippa Middleton absolutely furious because Princess Eugenie and longtime boyfriend Jack Brooksbank plan to wed in 2017? Once again, Pippa may get pushed into the shadows when it comes to grand weddings of 2017. There has been buzz suggesting that Princess Eugenie thinks it’s the perfect time to marry Jack because her sister (Princess Beatrice) and beau of 10 years, Dave Clark, have taken a break.

Eugenie didn’t want to take anything away from older sister Beatrice if the princess and Dave planned to wed. But raining on Pippa’s parade? That is very tempting and why not? Pippa is just a British socialite marrying a rich guy. Eugenie was born Royal and marrying a rich guy.

Sarah Ferguson and Prince Andrew must be thrilled that one of their daughters is finally getting married. We bet Sarah is just dying to get her hands in to the Royal coffers and spend, spend, spend on a lavish, ostentatious Royal wedding.

Apparently, Jack Brooksbank and Princess Eugenie have already chosen a grand apartment at Kensington Palace where the newly-married couple will reside after returning from a honeymoon fit for a princess. Perhaps Kate Middleton and Prince William can have Jack and Eugenie over for dinner to celebrate.

Poor Pippa Middleton can’t seem to keep the spotlight on her engagement to James Matthews. Will Pippa’s wedding also disappear into obscurity if Prince Harry, Princess Beatrice, or Princess Eugenie decides to get married in 2017?

As we’ve said before, a Royal wedding can be put together very quickly. It’s been done before, it can be done again. What dress designer or florist wouldn’t drop everything in order to be part of a royal wedding?

Kate Middleton and Princess Eugenie have a frosty relationship at best. Kate thinks Eugenie is lazy and Eugenie thinks Kate is not only lazy but a commoner who schemed her way into the Royal family. We wouldn’t put it past Eugenie, or Beatrice, to steal Pippa’s society wedding spotlight to add fuel to this ongoing drama among princesses.