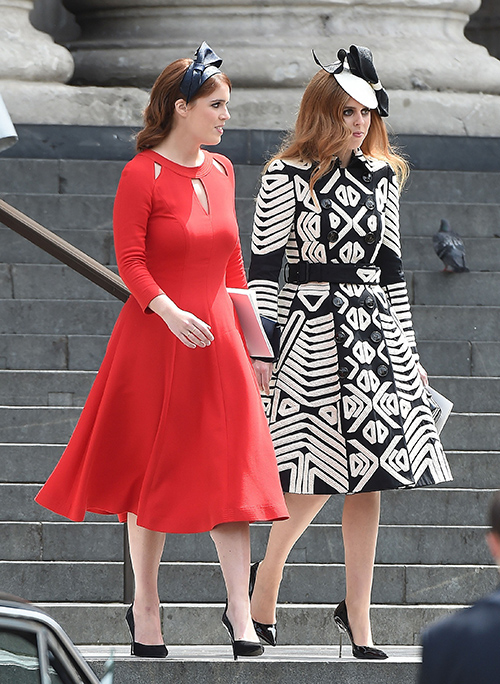 Princess Beatrice learned from the best and is pulling a Kate Middleton! Everyone thought Beatrice and long-time boyfriend Dave Clark would announce their engagement on Beatrice’s 28th birthday. Instead, Princess Beatrice and Dave decided to “take a break” from their 10 year relationship.

How long will this break last? A full seven weeks perhaps? That’s about how long it took William to come crawling back to Kate Middleton after the future King went chasing after Isabella Calthorpe and was denied.

Here’s what a friend revealed to People – “It is very much a break. It is amicable and mutual. They both need space after a period of ten years to see what they both want.”

Reportedly, Prince Andrew and Sarah Ferguson were absolutely blindsided by the news that Beatrice and Dave Clark were taking a breather. We give Beatrice some credit – she dated Dave longer than Sarah and Prince Andrew were married.

Royal watchers think it’s about time Dave and Beatrice took some time off – perhaps permanently. If it is a forever split, Dave must be devastated. Sources say Beatrice didn’t demand the 32-year-old entrepreneur put a ring on it and settle down. Does anyone believe that?

Sarah Ferguson is just as scheming and manipulative as Carole Middleton and we wouldn’t be surprised if it was Sarah who suggested Beatrice take a step back from the decade long relationship with Dave in an attempt to wrangle him into a marriage proposal.

Sarah knows how to hustle people for a buck, why not hustle the wealthy businessman into marrying Beatrice? It’s not as if the princess gets a huge stipend from the Royal coffers. An ordinary man will not do as a husband! Beatrice must marry a guy with some big bucks. Someone like Pippa Middleton’s fiancé James Matthews perhaps.

Maybe Beatrice has no shame and, despite the Royal feud with the Duchess of Cambridge, decided it wasn’t a bad idea to at least give Kate Middleton’s technique for landing a husband a try.

Will it be Dave Clark out partying the night away to make Princess Beatrice jealous or the other way around? Which London socialite will Dave choose to have on his arm? Is there an aristocrat available for Beatrice?

Prince William introduced the princess to the businessman a decade ago. Maybe the Duke of Cambridge knows another poor sucker who could squire Princess Beatrice around for a few weeks.