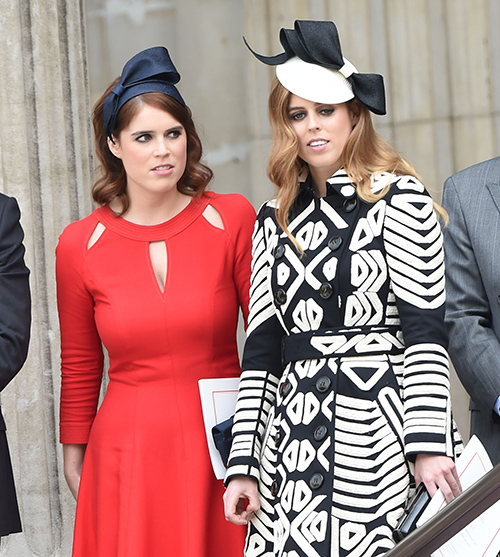 There is a lot of conflicting information swirling around about Beatrice’s business career. A source recently revealed that Beatrice resigned from Sandbridge Capital. Another source insists Princess Beatrice moved to another department within the investment firm. Daily Mail says that calls to the firm asking about Beatrice were met with the answer “she is no longer with the company.”

Yet another friend stepped forward to say that Beatrice has not really left Sandbridge, but is forming her own consulting business within the group. But Princess Beatrice’s start-up firm is completely separate from the investment firm. Confused much?

Is this all a smoke screen for Princess Beatrice and Dave Clark to enjoy just a little more quiet time before making their big announcement? The couple has been dating for over 10 years and the decade mark seems to be when these young Royals decide it’s time to make it legal.

Right now, Beatrice is reportedly vacationing in the Greek Islands with friends. Just a few weeks ago Beatrice was enjoying some downtime in the South of France. Did Princess Beatrice and Dave Clark get engaged in France or in Greece?

With all the excitement over Kate Middleton’s sister Pippa Middleton’s engagement maybe Dave and Beatrice are waiting to make a grand announcement on Princess Beatrice’s 28th birthday which is August 8. News of Beatrice’s engagement is sure to move Pippa’s wedding plans off the front pages.

Queen Elizabeth’s granddaughter would be able to marry Dave before Pippa and James Matthews walk down the aisle. The Royals can certainly put together a lavish wedding in a matter of months. It’s been done before, it can be done again.

If Princess Beatrice and Dave Clark set a wedding date for some time in 2017, there goes Pippa’s society wedding of the year.

The possibility that Beatrice and Dave could marry in 2017 and overshadow Pippa Middleton’s wedding must have the Duchess of Cambridge seething. Kate Middleton and Princess Beatrice can barely tolerate each other – and that’s an understatement.