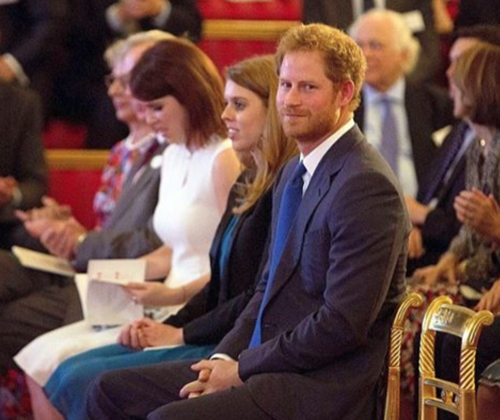 Is Kate Middleton’s rivalry with Princess Beatrice and Princess Eugenie escalating? Queen Elizabeth’s granddaughters attended the Queen’s Young Leaders award ceremony with their cousin Prince Harry. Is it possible the Duchess of Cambridge was not invited to attend the prestigious event – was Kate Middleton snubbed?

You would think Kate would be on hand to honor young people who have shown exceptional leadership in their communities. After all, isn’t Kate a young Royal who is supposed to be a role model for the younger generation?

The spotlight has been shining on Princess Beatrice lately as the daughter of Prince Andrew and Sarah Ferguson has taken on more Royal responsibilities. Now Princess Eugenie is in the young Royal rotation and that must have Kate Middleton seeing red. 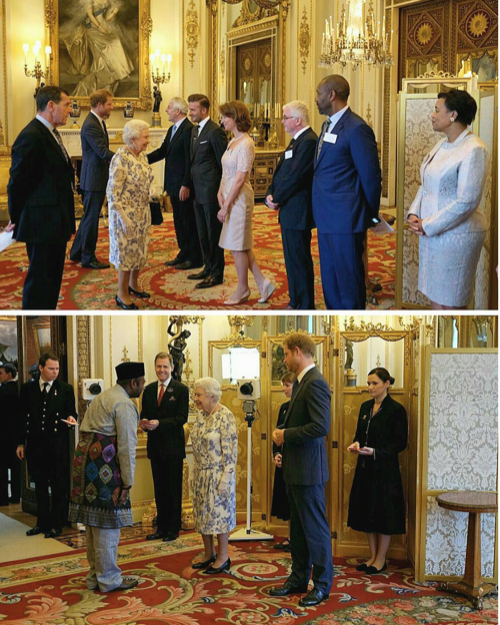 Beatrice and Eugenie cannot tolerate Kate – the princesses think Kate is just a commoner who managed to worm her way, with the help of Carole Middleton, into marriage to Prince William. Eugenie and Beatrice also think Kate is a lazy Royal who cherry picks which events and official Royal obligations she wants to attend.

Kate thinks Beatrice and Eugenie are lazy and useless and there’s no love loss there at all. Let’s not forget the entire humiliating curtsey controversy. Kate must be fuming mad that Princess Eugenie and Princess Beatrice joined Prince Harry for the Queen’s Young Leaders Awards ceremony.

After all, the Duchess of Cambridge is supposed to be Prince Harry’s best female friend and most trusted advisor.

Queen Elizabeth presented the awards with the help of David Beckham to the 60 young people who gathered at Buckingham Palace. Prince Harry gave a speech and called the winners of the Young Leaders Awards an inspiration.

Odd, David Beckham was by Queen Elizabeth’s side as the awards were handed out. Isn’t David’s wife Victoria Beckham one of Kate Middleton’s best friends? The Beckhams’ attended Kate and William’s wedding in April 2011.

Maybe Kate was just too busy chasing Prince George and Princess Charlotte around Anmer Hall to attend the ceremony. Or perhaps Kate Middleton was infuriated that Prince Harry choose Princess Beatrice and Princess Eugenie to accompany him to the ceremony.

It will be interesting to see how many more Royal responsibilities Beatrice and Eugenie carry out separately and with Prince Harry in the future. Has Harry found two new female besties and trusted advisors in Eugenie and Beatrice? Come back to CDL for all your Royal gossip and news daily!

Prince Harry and his cousins, the princesses Beatrice and Eugenie of York, daughters of Prince Andrew, The @hrhthedukeofyork, 2nd son of The Queen Elizabeth ll, during the Queen’s Young Leaders award ceremony in London. 23th June 2016.