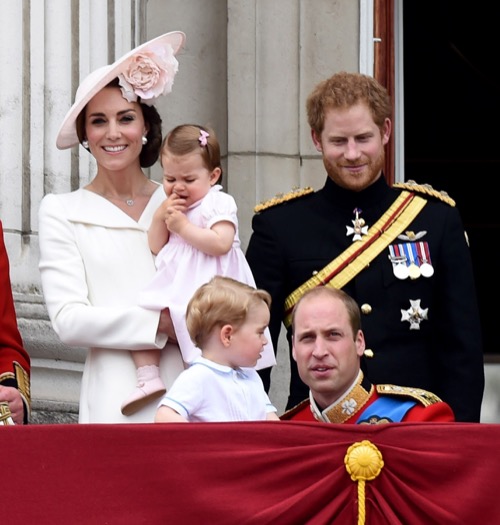 Could it be that Kate Middleton is Prince Harry’s best female friend and most trusted advisor? The Duchess of Cambridge and Prince Harry have been laughing it up quite a bit lately. Is Prince William jealous of the close relationship his wife has with his brother?

Take a look back over the past couple of months, especially in the time since Kate and William returned from the official tour of India and Bhutan. Prince Harry has popped up with Prince William and Kate Middleton at a few speaking engagements.

Also note that during the many events to celebrate Queen Elizabeth’s 90th birthday Kate and Harry were seeing giggling, smiling, and Kate was even photographed looking adoringly at her brother-in-law a few times.

Has an ever increasingly isolated Prince Harry come to rely on Kate Middleton more and more as a friend and advisor? Has Harry asked Kate to help in his search for a princess?

Who else is Harry able to turn to when he has a dilemma and needs a woman’s advice? A Royal insider told the Daily Mail that occasionally Harry will seek out advice from his cousins Zara Phillips, Princess Beatrice and Princess Eugenie.

However, Harry is “probably closer to Kate than any other woman on the planet.” Playing matchmaker to a Royal brother-in-law isn’t anything new. Princess Diana maneuvered Sarah Ferguson into Prince Andrew’s life.

Royal followers will remember the story about Andrew feeding Sarah chocolate profiteroles and the couple hitting it off right from the start. Yes, we know, that didn’t end well, but Princess Diana did try.

The source divulged that Harry considers Kate the big sister he never had, that Harry may even view Kate as a bit of a mother figure. Apparently Kate Middleton fills the emotional vacuum left behind by Princess Diana and has become Harry’s “most trusted counsel.”

Reportedly Harry and Kate forged a friendship after nights spent enjoying dinner and binge watching ‘Game of Thrones.’ The Duchess of Cambridge has even given Harry a few cooking lessons and often offers “sensible romance advice.”

How does Prince William feel about this ridiculously close relationship Harry has with Kate? Doesn’t the Duke of Cambridge find it odd that Kate Middleton and Prince Harry have exchanged some awfully intimate looks in public recently?

Maybe William just doesn’t care anymore. Kate Middleton can flirt with whomever she likes, even Prince Harry, as long as she leaves Prince William alone to enjoy Jecca Craig’s, or maybe Isabella Calthorpe’s, company. Come back to CDL for all your Royal news and views every day!