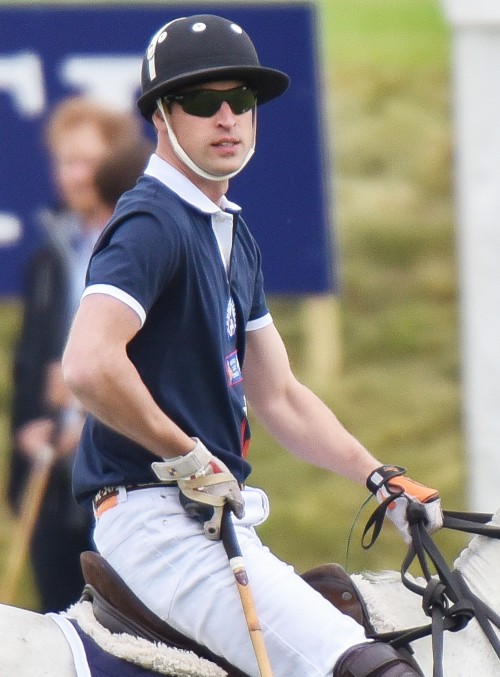 This weekend, Kate Middleton was notably absent from the Maserati Royal Charity Polo Trophy Match and Royal insiders hint that the Duchess of Cambridge skipped the event because she can’t stand Prince Willam’s cousin Zara Phillips.

The match was held in Tetbury, England on Saturday, June 18 and Prince Harry was on hand to cheer on his big brother and hung out with cousin Zara Phillips and her daughter Mia Tindall.

This is the most recent of several social occasions that involved Zara Phillips, where Kate Middleton’s absence was noted by Royal watchers. When Zara Phillips wed Mike Tindall, Kate showed with William but wore a recycled outfit.

Some Palace insiders took Kate’s choice of dress as a comment on how unimportant the Duchess considered the wedding. Kate also wore a recycled dress to the pre-wedding party – were these fashion rebellions an act of disdain?

Kate also skipped the christening of Zara’s daughter Mia although both Prince William and Prince Harry were on hand for the event. Kate Middleton has grown closer to Princess Anna recently, but does the bonding end with Zara’s mom?

Perhaps Kate Middleton is still wounded at the rumors circulating just prior to her 2011 wedding to Prince Charles that Zara Phillips was calling her “Barbie” and referring to Kate and William as “Barbie and Ken.”

Of course, Zara could be taking her cues from her mother Anne, Princess Royal, who reportedly whispered the words “rags to riches” to her husband Timothy Laurence as Kate and William said their I do’s.

Not that Kate was a poor commoner by any means, but she was no princess until she got that sapphire on her finger! Among the taunts that Zara Phillips liked to sling behind Kate Middleton’s back also included “little miss bloody perfect.”

But is Zara to blame or is this Kate being snooty and exclusionary? Zara is not the only Royal cousin that Kate Middleton seems to snub. Kate has also pushed Princess Beatrice and Princess Eugenie away.

The estrangement with Eugenie and Beatrice comes despite the girls growing up quite close to Prince William and Prince Harry. Is Zara Phillips just another among many Royals that Kate is alienating?

And, more importantly, is William tired of his wife snubbing these Royals? Is Kate pushing the Royal princesses out of the way because she’s jealous that they’re all three Royal by blood while Kate is a commoner?

Is Kate feeling insecure because she married her title rather than being born to it? Kate has also skipped weddings of other friends of Prince William’s that she reportedly doesn’t consider worthy of her time.

Is common-born Kate even snootier than Prince William? Does Kate Middleton want Prince William to socialize only with those she approves of and that’s why she’s icing out Zara Phillips?

Did Kate skip the polo match to take a stand about the Cambridge’s social stance? What do you think Royal watchers? Was Kate Middleton absent from the charity match for good cause?

Or was the weekend polo match snub just another occasion of Kate delivering a social cut to Royal cousins she doesn’t care for?

Share your comments below and be sure to check back with CDL often for all the latest Royal news and gossip.