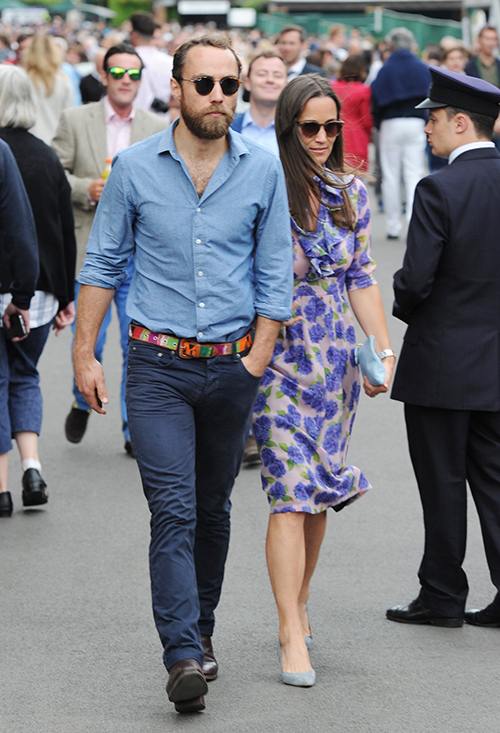 Pippa Middleton and James Matthews’ wedding is already causing a lot of problems for Kate Middleton and Prince William. Not only are they going to have to work around Pippa Middleton’s wedding so as to not overshadow her with an upcoming Kate Middleton pregnancy announcement, but they are also worried that Pippa’s future brother-in-law Spencer Matthews will dish on all of the royals’ dirty secrets.

Spencer Matthews is well-known in the UK as a nightclub hopping and party-addicted reality television star who has no personal filter when it comes to talking to the press. The ‘Made In Chelsea’ star has often revealed that he’s a self-proclaimed womanizer who even told one of his ex-girlfriends on national television, “It’s hard to respect you when you allow me to cheat on you.”

If that weren’t enough, Spencer Matthews detailed his intimate sex life in his tell-all memoir, admitted to battling with steroid addiction, and was pictured snorting cocaine in the past. That right there is enough for Kate Middleton and Prince William to be absolutely terrified of him, especially since he will now be a staple during family events and holiday get-togethers.

While there’s no doubt that Kate Middleton and Prince William have their own fair share of drama, as the Duke and Duchess of Cambridge, they don’t want their secrets leaked to the press or to anyone for that matter. And with Spencer Matthews now part of the family, thanks to Pippa Middleton’s marriage to James Matthews, it will be hard to ignore him during Christmas dinner.

What’s more, Spencer Matthew is also good friends with the Duchess’ brother, James Middleton, which is probably why Kate Middleton is almost never photographed with her siblings anymore. Queen Elizabeth would be livid if Prince William and Kate Middleton were part of the Middletons’ and Matthews’ shenanigans, as they have a royal reputation they have to uphold, both in and outside of Kensington Palace.

Of course, even with the royal couple’s fears, it will only be a matter of time before Spencer Matthews says something inappropriate or ends up becoming a royal embarrassment for the British monarchy.

Tell us CDL readers, do you think Spencer Matthews is going to cause some major trouble for the British royal family? Should Kate Middleton and Prince William continue to keep their distance from the Matthews family? Let us know what you think in our comments section below!