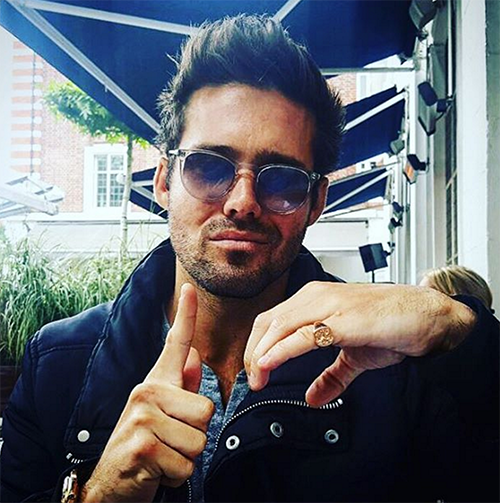 The Pippa Middleton wedding will be the social event of the year, now that Kate Middleton’s sister has finally found a man that has given her the engagement ring she’s been desperately waiting for. The British socialite first stole the show during the Prince William and Kate Middleton royal wedding five years ago, making her a household name along with the rest of her family. And while they’ve managed to spark a lot of interest (along with reports of mom Carole Middleton’s drinking), Pippa Middleton’s future in-laws are even more scandalous than her own.

Pippa Middleton’s engagement to fiancé James Matthews has made headlines, as it will no doubt be the biggest celebrity wedding that the London social scene has seen in years. Plus, with Prince William and Kate Middleton in attendance, it will be 2017’s most anticipated society wedding. And while there’s no doubt that members of the British royal family, along with Kate Middleton’s brother-in-law, Prince Harry, will definitely be there, its James Matthews’ family that has everyone talking.

Pippa Middleton and James Matthews have only been dating for one year, but his family is already well known in the British celebrity scene. James Matthews’ brother, Spencer Matthews (ABOVE), is one of the stars of the hit British reality television show, ‘Made In Chelsea.’ Sources say that he’s a ‘wild’ party-lover.

James Matthew’s parents, David Matthews and Jane Parker, own the Eden Rock hotel in St Barths in the Caribbean. The luxurious hotel is a popular getaway for London’s elite, as David Matthews is known as a self-made millionaire with an exuberant character. Jane Parker, meanwhile, has managed to climb London’s social ladder and is a regular fixture at London’s biggest red carpet events and someone who never says no to a good photo op, making her more fame-hungry than Kate Middleton’s mother, Carole Middleton.

Spencer Matthews though is one person that the Middletons and the British royal family is definitely going to worry about, now that he’ll be officially part of the family. As a controversial reality television star, Spencer Matthews has admitted to ‘dabbling in drugs’ such as cocaine and LSD.

According to the Daily Mail, at one point in his life, he also spent every night for several months drinking in nightclubs and enjoying ‘countless sexual liaisons.’ His party-hungry lifestyle make Pippa’s brother James Middleton and royal party boy Prince Harry look pale in comparison.

Surely, Queen Elizabeth is none too happy over the fact that Pippa Middleton’s marriage to James Matthews means their families will only bring more embarrassment to the British monarchy. The Pippa Middleton and James Matthews wedding doesn’t even have a date yet, but it already looks like it’s going to be full of wild surprises.