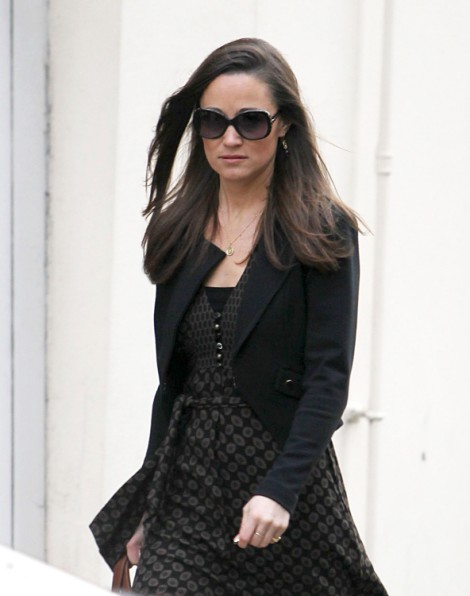 Pippa Middleton could make my Christmas! It was announced today that NBC has offered Kate Middleton’s boring little sister $600K to join The Today Show as a royal correspondent for 2013. If she accepts, Pippa will be asked to make 20 appearances where she will talk about such mundane things as the Chelsea Flower Show and the opening of Buckingham Palace. She would not have to talk about personal family details such as Kate’s pregnancy or her move to Kensington. So why would we want to listen to her then?

“NBC senior figures will bill this job to Pippa as a special corespondent in 2013. They see her appeal as huge as she is linked to the Royal family,” a source told The Mirror. “A couple of offers are on the table. She would not focus on intimate Royal subjects like Wills and Kate’s move to London or the family Christmas.”

Now, at first I laughed this off and was certain she’d say hells to the no but then I read the fine print. NBC is actually offering her a pretty nice deal and a lot of control. She’e been promised editorial input so everything Pippa records for the show will go through her first meaning there won’t be any “Gotcha!” moments. Again, very boring. But I’m still excited for the possibilities.

You know she wants this. It’s a perfect venue for her party-planning empire and will introduce her to her American audience which, let’s face it, is the only audience she has. Pippa will not make it in the UK. They just refuse to accept her. If Pippa is going to make it, it has to be in America. Everyone keeps going on about her failing book sales but she actually did well over here AND she didn’t even promote it! We’re an easy sell! But will Queen Elizabeth and Kate let her have it? I have to believe there’s some sympathy from Kate on ruining Pippa‘s book with her bodacious ta-tas. But I’ve no doubt the Queen is still shaking her head over the fact that Pippa passed on the classy job she offered her earlier this summer. Sure, Pippa can take the job whether the Queen likes it or not but that would risk ruining her new (delusional?) social standing within the firm. Pippa played nice by refusing to promote her book. Did she find it wasn’t worth it? Is she recognizing her mistake now? Is this a way for her to redeem her career?

What do you think of the Pippa Middleton/The Today Show offer? Will she take it? Would she make a good royal correspondent? Pippa Middleton would basically be the new Katie Nicholl but is that what she really wants?