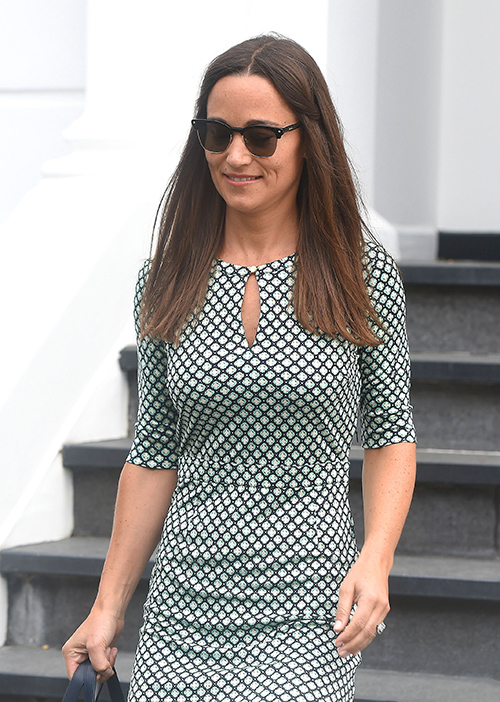 Pippa Middleton’s future brother-in-law Spencer Matthews is already creating a lot of embarrassment for Kate Middleton and the royal family. The former reality television star was spotted having a heated argument with his girlfriend Morgane Robart outside a Chelsea pub this past weekend.

The James Matthews and Pippa Middleton wedding might be the talk of the town, but it looks like Spencer Matthews and Morgane Robart might quickly become the tabloid media’s newest celebrity couple, leaving Prince William and Kate Middleton absolutely horrified. After all, no one in the royal family wants to be associated with a reality television star with a dark and troubled past, and that’s exactly the kind of person Pippa Middleton’s brother-in-law is.

The paparazzi caught Spencer Matthews and Morgane Robart shouting at each other in the street, with the former ‘Made in Chelsea’ star angrily waving his arms in the air and his blonde girlfriend shouting back at him. Clearly, this is no way to act in public, as even Prince William and Kate Middleton have managed to hide their true feelings for each other with their well-calculated and mastered art of public discretion.

Spencer Matthews is known for being a loud and abrasive character who spends a lot of time drinking in pubs and nightclubs in London. But if he keeps up this kind of behavior, his headline-grabbing shenanigans will not only embarrass Pippa Middleton and James Matthews, but the entire royal family as well.

Surely, every couple gets into heated arguments from time to time, but knowing how the paparazzi is always following Pippa Middleton and her future in-laws, Spencer Matthews should know better than to have a spat with his girlfriend in plain view and on the street. Unless, of course, he’s looking for this kind of attention himself, then his plan is clearly working as there’s no doubt that Spencer Matthews would love to be the next Prince Harry in the British media.

After all, once Pippa Middleton gets married, the media will start linking the Matthews family with the royals by association, which is clearly something Queen Elizabeth doesn’t want to see. She’s already had to deal with five years of the fame-hungry Middletons, and seeing just how the Matthews are definitely similar to Michael and Carole Middleton’s clan, Queen Elizabeth won’t be able to stomach all the bad press she’ll get.

Tell us CDL readers, what do you think? Is the Matthews family bad news for Queen Elizabeth and the British royals? Are Prince William and Kate Middleton worried about Pippa Middleton and James Matthews’ wedding? Sound off in our comments section below.