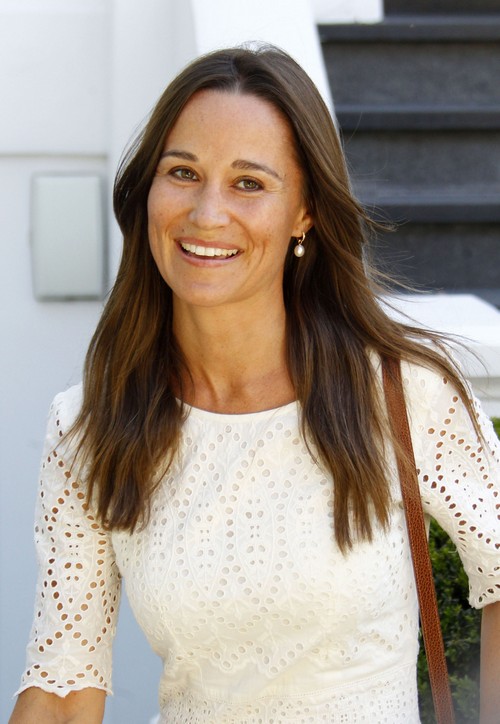 Is Pippa Middleton risking her life in order to impress her future in-laws, James Matthews’ family? That’s what fans can’t help but wonder as Pippa Middleton climbed the Matterhorn in order to honor her fiance’s brother, who died during a similar expedition trip on Mount Everest.

Pippa Middleton and James Matthews’ wedding is the talk of the town as there’s no doubt that it will be London’s social event of the year for many British celebrities and inner-circle socialites. Yet some can’t help but wonder if Pippa Middleton might be trying a little too hard in winning her in-laws acceptance by doing something so risky and dangerous that she might be jeopardizing her own life and safety at the same time, too.

Pippa Middleton along with her brother James Middleton reached the summit of the Matterhorn in Switzerland in honor of James Matthews’ late brother Michael, who happened to be the youngest Briton at 22 to scale Mount Everest back in 1999.

And even though Pippa Middleton’s own fiancé wasn’t there to make the climb himself, she is using the moment to generate as much press as she can get for both her and the Matthews family.

Pippa Middleton said in a statement, “Although neither I nor my brother ever met Michael, we both share his spirit and passion for the mountains. We made this climb knowing he would have been there nudging us on, and we are honored to be supporting his memory.”

Yet Pippa even admits that one of the reasons why her fiancé James Matthews won’t go on a climb with her is because of his ‘disturbing memories’ that have ‘kept his feet firmly on the group.’ Considering the fact that James Matthews lost his brother to mountain climbing, there’s no doubt that he was nervous to see Pippa Middleton perform a task so risky as climbing the Matterhorn just to prove a point.

Plus, there’s no doubt that he was feeling nervous seeing his future bride on top of a mountain when she could easily be doing other things for his brother’s foundation, like working with children from remote areas of the world or helping with the construction of a school in an improvised area. Pippa Middleton’s climb is nothing more than a “look at me” photo opportunity for herself. Clearly, the Middleton sisters don’t know how actual charity work is done and handled.

Tell us CDL readers, what do you think? Is Pippa Middleton trying too hard to impress the Matthews family with her latest mountain-climbing feat or is she just doing everything possible to get her face in the news – as per usual? Come back to CDL for all your Royal news and gossip!