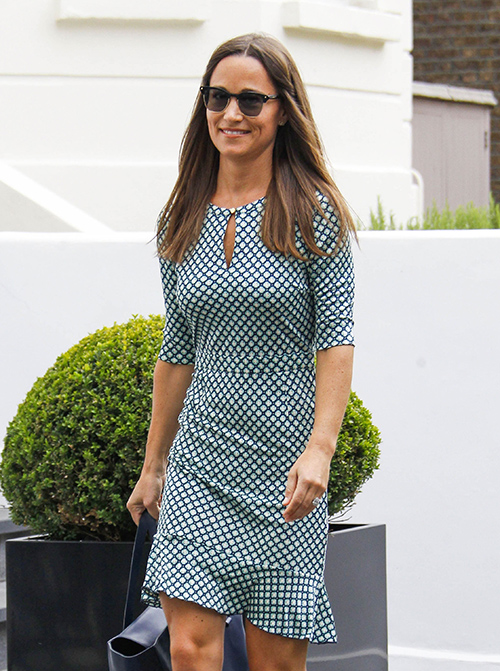 Pippa Middleton’s wedding has gotten the British socialite more attention than she’s ever received since her royal debut at her sister Kate Middleton’s royal wedding back in 2011. And while Pippa Middleton is doing everything she can to make her big day the celebrity event of the year, it looks like Kate Middleton might have other plans in mind.

Kate Middleton is used to being the center of attention no matter where she is. After all, she is the Duchess of Cambridge and Prince William’s wife and that’s why Pippa Middleton is worried that she might sabotage the most important day of her life. After all, with Kate Middleton’s attendance, all eyes are going to be on her, especially if she decides to wear a new designer dress or changes her hairstyle on that day. Kate Middleton could show up in a recycled dress that she wore several times over and it would still make more headlines than Pippa Middleton and James Matthews’ wedding details.

Surely, Kate Middleton knows this and that’s why she’s been so quiet in the press lately as she knows anything she says or does might be misconstrued by the press. Plus, Queen Elizabeth is already loathing Pippa Middleton’s wedding, especially since that means James Matthews’ family, along with his reality television star brother Spencer Matthews, might end up causing some trouble if not embarrassment for the royal family.

Kate Middleton and Prince William know this and that’s why it’s best for them to keep as far away as possible from Pippa Middleton and James Matthews. The Duke and Duchess of Cambridge already have their own bad press they are dealing with and they don’t need any additional drama or a possible feud brewing before Pippa Middleton’s wedding.

If that weren’t enough, there’s a good chance that the British royal family might not even be invited to the wedding with the exception of course being Kate Middleton and Prince William. That right there is a good enough reason for the Duke and Duchess to make their appearance at the wedding and then leave before the party even begins.

What do you think, CDL readers? Do you think Pippa Middleton is worried that Kate Middleton might sabotage her wedding by simply showing up?