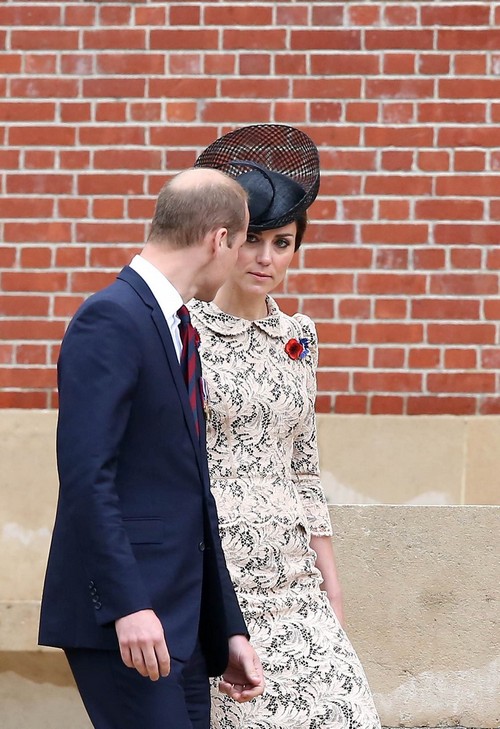 Is Kate Middleton petrified that Prince William is fed up and ready to go solo? Is there another Royal divorce crisis in the making as rumors of marriage trouble between the Duke and Duchess spread? Perhaps that’s why Kate and William secretly jetted off to France just days after celebrating Prince George’s 3rd birthday? Is this an effort to save a crumbling marriage as some have suggested?

The Duchess of Cambridge purportedly borrowed the Duke of Westminster’s private jet in order to “visit relatives” according to Daily Mail. The small western airport of Pau-Pyrenees declined to comment on Kate’s arrival but many sources revealed to La Rep des Pyrenees, the local newspaper, that Kate was on the private plane.

At first there was no mention of Prince William accompanying Kate Middleton on this trip to visit relatives. Are Kate and William spending time apart in order to decide what how to avoid a divorce? Do William and Kate just need a break?

Daily Mail also reports that a gaggle of Scotland Yard close protection officers traveled to Pau-Pyrenees a few days before Kate and William’s arrival to ensure all would be safe for the Royal couple. Isn’t this an obvious tip off that the Cambridge’s would be there for a vacation?

Everything appears to be cloaked in mystery. There were two blacked out Range Rovers waiting for the Royal couple who were quickly transferred into the vehicles out of sight of paparazzi.

Is this trip to Pau-Pyrenees like the secret ski trip Kate and William took with Prince George and Princess Charlotte? Word of that little adventure got out forcing William and Kate into a photo op with George and Charlotte.

Don’t worry – the Duke of Westminster lets Kate Middleton and Prince William use the Cessna jet gratis. That’s great news since taxpayers do pick up the tab whenever Kate uses a helicopter to travel between Anmer Hall and Kensington Palace. But Brits aren’t getting off free and clear though. The small security detail that has accompanied Kate Middleton and Prince William will cost taxpayers a pretty penny.

There’s constant speculation that Kate and William are ready to add another wee one to the Cambridge family. Maybe the Cambridge’s will return from Pau-Pyrenees with another little Royal baby on the way. Is this secret trip to France designed to address Kate Middleton and Prince William’s marriage trouble? Come back to CDL for all your Royal news and updates.