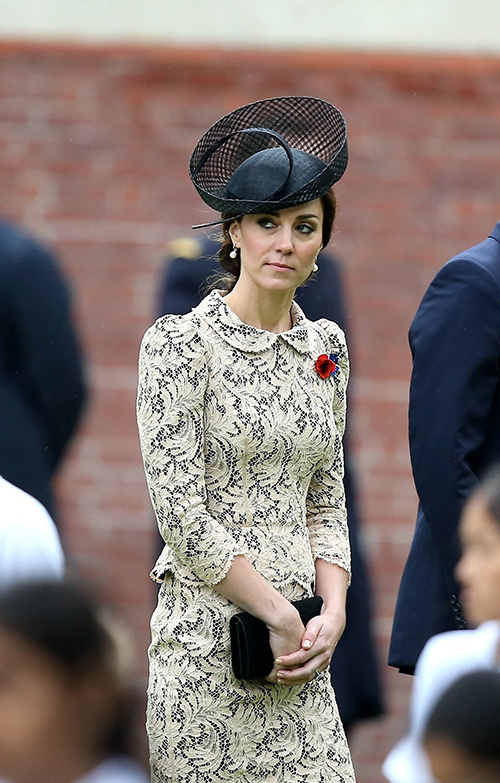 Kate Middleton’s appearance has long been a topic of discussion for both her fans and critics throughout the years. And while Kate Middleton’s extreme weight loss and diet issues have always been a cause for concern, many believe that her changing facial features might be a sign of some serious stress she might be dealing with behind the scenes at Kensington Palace.

In fact, Kate Middleton’s ever changing looks have been critiqued and overanalyzed by fans who either think she’s become too thin, too fragile, or simply too stressed out. The only times the Duchess of Cambridge has looked close to being healthy has been during her pregnancies with Prince George and Princess Charlotte, as she had no option but to gain some much needed weight. Otherwise, Prince William’s wife often looks exhausted if not completely withdrawn whenever she makes a royal public appearance.

Even though Kate Middleton’s health issues have always been a hot topic for royal watchers and insiders, Queen Elizabeth’s PR team at Buckingham Palace have always insisted that all is well and there’s simply nothing to worry about. But then again, Kate Middleton’s tense and uncomfortable photo ops are causing royal fans to worry about her happiness and, ultimately, her mental health. Surely, if Kate Middleton was indeed happy in her marriage to Prince William, it would definitely show in her appearance.

Kate Middleton’s face has definitely changed throughout the years, but so has her life. She’s no longer the carefree University student who first fell in love with Prince William several years ago. Now she’s not only a royal mother of two children, but also the future Queen of England. Because she married into the monarchy, she will forever be in the public spotlight, meaning her appearance will always be a topic for discussion.

Just like many women her age, the Duchess of Cambridge will have her good days and her bad when it comes to her hair, makeup, and wardrobe. Yet, some still can’t wonder if her withdrawn and thin appearance is because she’s simply an unhappy Duchess who is looking for a way out behind closed doors.

Could a Kate Middleton and Prince William divorce be in the works? Tell us CDL readers, what do you think? Has Kate Middleton aged in the public spotlight? Is there a reason why Kate Middleton always looks so tense and uncomfortable during photo ops? Drop us a line with your thoughts in our comments section.