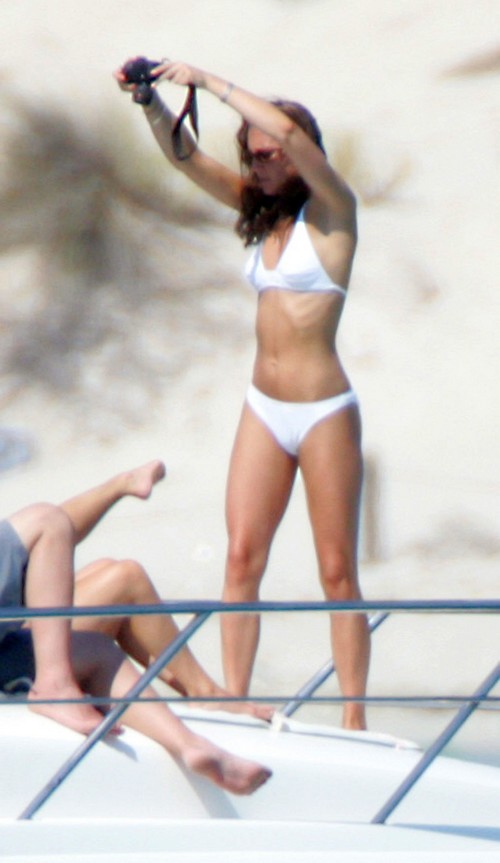 Will Kate Middleton be caught nude sunbathing again during the Duchess of Cambridge’s secret French vacation? Kate Middleton is reportedly taking some time off  in Pau-Pyrenees from her taxing Royal obligations.

It wouldn’t be the first time Kate decided to enjoy topless sunbathing in France. Remember when Kate and William sued Closer for publishing photos of the half-naked Duchess of Cambridge in 2012? Kate was just doing what everyone else in France does – after all, who wants tan lines – and Kate didn’t think anyone was watching.

It wasn’t just the French magazine that published photos of a Kate soaking up the sun without her chest covered. An Italian magazine also published the pics – a 26 page photo spread of the nearly naked Kate on the terrace of an ultra-private chateau in the south of France.

Dear Duchess of Cambridge, you’re under paparazzi scrutiny every time you step out of Anmer Hall, Kensington Palace, Buckingham Palace, etc. If Prince William doesn’t want topless photos of Kate Middleton splashed across yet another French magazine cover the future King may want to tell his wife to keep the bikini top (and bottom) on this time around.

In case you haven’t heard, Kate Middleton boarded the Duke of Westminster’s private plane and jetted off to Pau-Pyrenees after a small group of Scotland Yard close protection officers scoped out the place. Kate supposedly is visiting relatives – we’re not sure which of Kate’s relatives live in or around the small French village.

At first it appeared that Kate went to France alone, then it was reported that Kate Middleton and Prince William were together as two blacked out Range Rovers whisked the Royal couple away after the Duke of Westminster’s Cessna landed. The Cambridge’s might have brought Prince George and Princess Charlotte along, making this another top secret family vacation.

Let’s hope Kate Middleton has enough sense to keep her clothes on during this secret French vacation. Now that word has slipped it’s not really a secret anymore is it? All the more reason for Kate to refrain from indulging in nude sunbathing don’t you think? Especially if Prince George and Princess Charlotte have joined their parents on this trip to France. Come back to CDL for all you Royal news!