Prince William And Kate Middleton Blasted For Selling Range Rover They Got As Gift To Commoners! 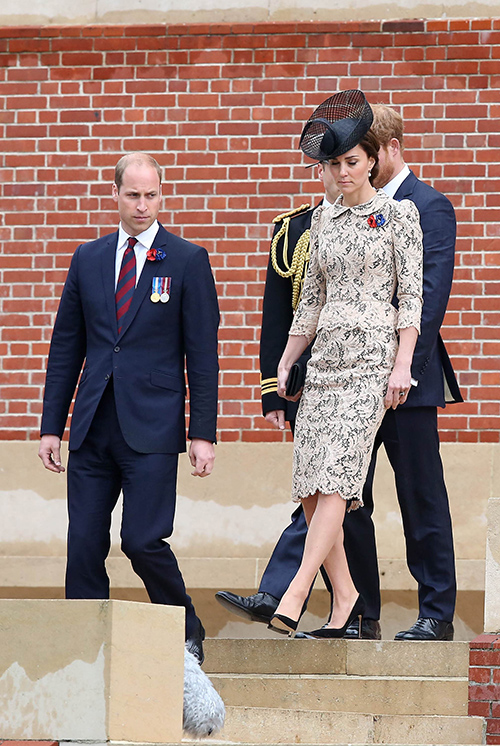 Prince William and Kate Middleton are a royal couple used to living a life of luxury. After all, the British taxpayers fund their entire lifestyle, which includes a wardrobe full of designer clothing, lavish vacations, and private helicopter rides. That’s why the Duke and Duchess of Cambridge are being blasted for selling their used Range Rovers on Auto Trader.

There’s a new report that Prince William and Kate Middleton have been receiving free Range Rovers for years now and that’s why the couple is always photographed being chauffeured in the company’s newest models. Their Range Rover SE Vogue 4.4 V8 was given to the Duke and Duchess of Cambridge for their own personal use, thanks to the Land Rover’s VIP department. And yet, Prince William is selling the car on Auto Trader, even though it’s been given to him for free.

And while the proceeds of the sale will go to charity, many critics are blasting Prince William and Kate Middleton for selling the used vehicle by calling the move “crass” and “tasteless.” Many believe they should give the car back to Range Rover rather than selling it to a ‘commoner.’

According to the UK’s Express, Prince William already has a car collection worth over $1 million dollars and, of course, is looking to upgrade from the ‘used’ Range Rover that he only had for three years.

Auto Trader’s Editor-in-Chief Jon Quirk explained, “The Range Rover has long been considered the ultimate statement in luxury transport, and its go-anywhere ability makes it a fine royal conveyance. However, with two children and a royal reputation to uphold, Prince William may now have to consider the new Bentley Bentayga as his next family chariot – a brand that also proves very popular with his grandmother.”

And yet it was only a few short days ago that Prince William went on the record to call his 3-year-old son Prince George “spoiled” for having too many toys at his disposal.

If Prince George’s ‘spoiled’ attitude is a problem, it’s only because he obviously learned this behavior from his very own father. Given how hard the British public works to help support Prince William and Kate Middleton’s family, they could be doing far better things with their money than spending it on luxury vehicles. Or Prince William, at the very least, could keep the Range Rover for a good ten years instead of selling it for an upgrade. What do you think, CDL readers?