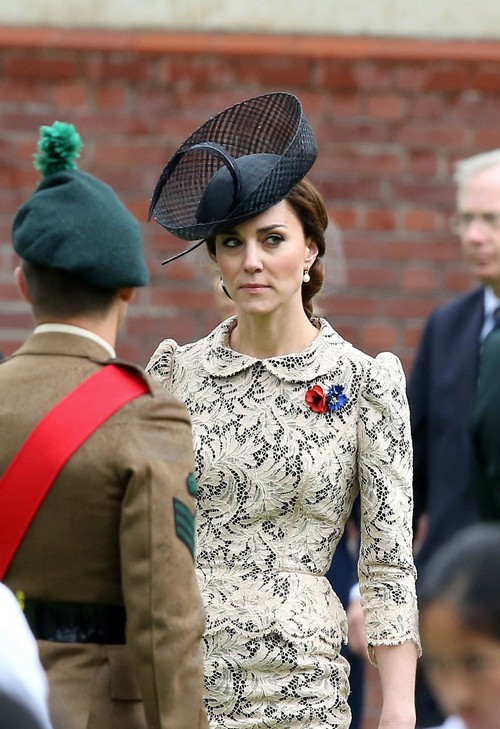 Kate Middleton’s makeover from a middle-class commoner to the future Queen of England has made her a worldwide style phenomenon. Royal fans have been copying everything from Kate Middleton’s wardrobe, to her hairstyle and even her makeup. And now some fans might be going one step too far by trying to copy the perfect Kate Middleton eyebrows.

According to Britain’s Mirror, many females are getting eyebrow transplants in order to look like Prince William’s wife. Cara Delevigne, Keira Knightley, and Kate Middleton “power brows” as the reason why over $30 million dollars has been spent on eyebrow surgery, which has become the hottest plastic surgery trend in the last year.

Reza Nassab of the British Association of Aesthetic Plastic Surgery says celebrities such as Kate Middleton and Cara Delevigne are the reason why so many people are saying yes to the risky procedure. “Eyebrows have always been in fashion and currently there is a popular trend for fuller brows. Previously there was a trend for thin sculpted eyebrows and many people may have plucked their brows to keep up with this trend. The fuller eyebrow is the current trend and this is often due to celebrities.”

Of course, if regular women decide to undergo plastic surgery or any type of cosmetic procedure to look like Kate Middleton, it’s no fault of her own. This just further proves that Kate Middleton is in fact the most influential royal in the world, whether the British royal family – or her husband Prince William for that matter – like it or not.

It’s not enough that Kate Middleton’s dresses are selling out at department stores all over the world the moment she wears them in public, but her eyebrows are more influential than the rest of the British royal family, which of course is a fact that Queen Elizabeth will be none too pleased over.

So far, Kate Middleton herself has not made any comments about her eyebrow trend but then again she doesn’t say much when it comes to her personal style or fashion choices, either. Tell us CDL readers, do you think Kate Middleton’s eyebrow surgery trend is going to catch on in the States as well? Should women be going under the knife to look like the Duchess of Cambridge? Come back to CDL for all your Royal news and reports!