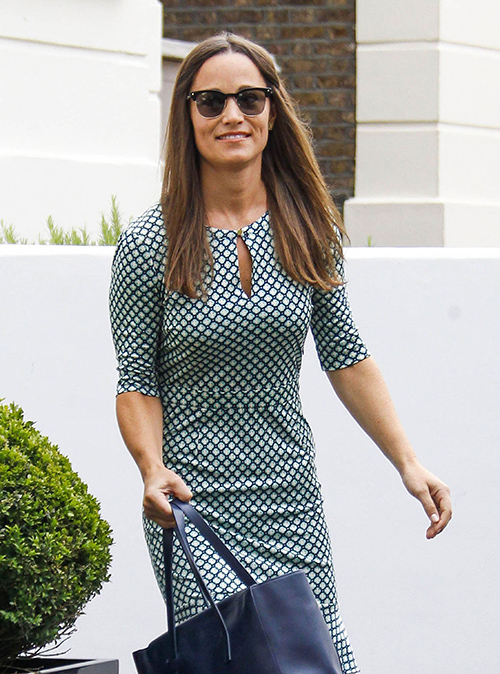 The planning of Pippa Middleton’s wedding to millionaire hedge fund manager James Matthews is underway. There’s already talk that Kate Middleton will not be Pippa’s matron of honor. Is that because Carole Middleton is being pressured to exclude the Duchess of Cambridge?

Is it Queen Elizabeth who will keep Kate from being at Pippa’s side at THE social wedding of the season? After all, James’ brother Spencer Matthews is quite the embarrassment to his family with the admitted drug use and reality television stint on ‘Made in Chelsea.’

James will most likely ask his brother to be his best man. Can you imagine Kate as a member of the wedding party that includes Spencer Matthews? Yes, just what Queen Elizabeth wants – the Duchess of Cambridge paired with Spencer at Pippa’s wedding.

Maybe it isn’t Queen Elizabeth putting the pressure on Carole. It could be that James’ parents David Matthews and Jane Parker don’t want their son’s wedding turned into more of a media circus than it already will be. If pressured, will Carole give in and force Pippa to choose a matron or maid of honor from her vast pool of wealthy gal pals instead of Kate?

Surely Prince George and Princess Charlotte will be involved in Aunt Pippa’s wedding. No way is Carole going to back down on including the Royal grandchildren in the most exciting and spectacular day of Pippa Middleton’s life.

And so the speculation begins! Will Kate Middleton be Pippa Middleton’s matron of honor? If pushed, either by Queen Elizabeth or James’ Matthews parents to exclude Kate from the wedding party, will Carole Middleton back down or will the Middleton matriarch stand her ground and make certain Kate is following Pippa down the aisle?