Prince William is Bald and Has A Big Nose: Kate Middleton Shocked as Husband’s Manhood Size Questioned by Cheerleaders (PHOTOS) 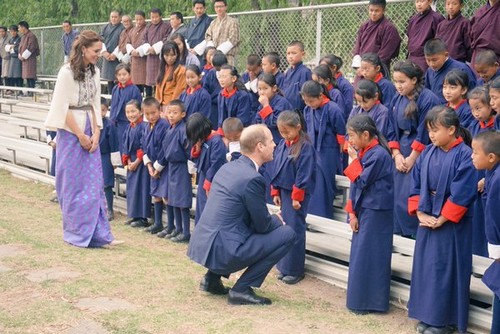 Kate Middleton listened as a crowd in Bhutan told Prince William he’s bald and has a big nose and also questioned the size of his manhood! Yes, it did happen when the Duchess and Duke of Cambridge attended an archery match. Social media was flooded with photos of Prince William and Kate Middleton unsuccessfully shooting some arrows at a target.

The cheerleaders and spectators were cheering and Kate was laughing and making funny faces.

A bit later, as Kate was enjoying a refreshing cup of tea, a translator clued the Duchess of Cambridge in on what everyone was chanting. “You’re bald. Your nose is really big. We hope your private parts are as big” were the insults hurled at Prince William. 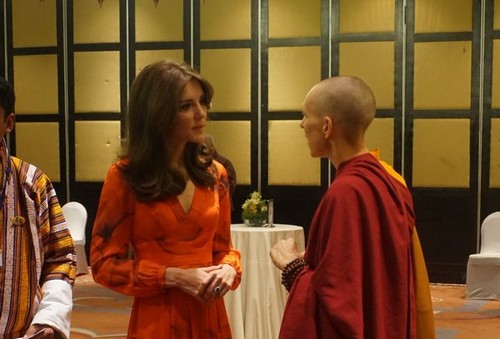 The audience chanting obscenities at the participants of the tournament is a time honored tradition. It doesn’t matter if you’re going to be King of England someday the Bhutanese people are still going insult you and point out the obvious. William is bald and his nose is huge. As for the size of his manhood? There are a few ladies you can ask about that.

The look of utter shock on Kate’s face after the interpretation was priceless. Eyes open wide, mouth agape, Kate quickly recovered, smiled and put buried her face back in the cup of tea. Honestly we’re surprised the Duchess of Cambridge didn’t choke on the sip of tea.

Recovering from her initial shock, Kate smiled, sipped some tea and went back to watching the archery match.

This mudslinging is a time honored tradition at these Bhutanese matches. The audience chants obscene things at the participants in order to distract them in an attempt to throw archers off their game.

Another incredible day in Bhutan! That’s a wrap on Day 6 #RoyalVisitBhutan pic.twitter.com/GRjJAQxWfB

Did Kate tell William what the Bhutanese were singing and chanting about him? From the look on William’s face it’s entirely possible. The prince is sitting next to his laughing wife with an expression that says, “You’re kidding me, right? They said what?” The mockery of William’s balding head, big nose and the size of his male parts is better than any insult Camilla Parker-Bowles has come up with for Prince William or Kate Middleton.

Can you just imagine Camilla back at Clarence House reading about the obscene chanting and laughing her fool head off? Camilla Parker-Bowles is going to have a field day with this one when Kate Middleton and Prince William arrive home. Stay tuned to CDL for more news and views on The Royals.

The Royal couple at the Taj Mahal April 16 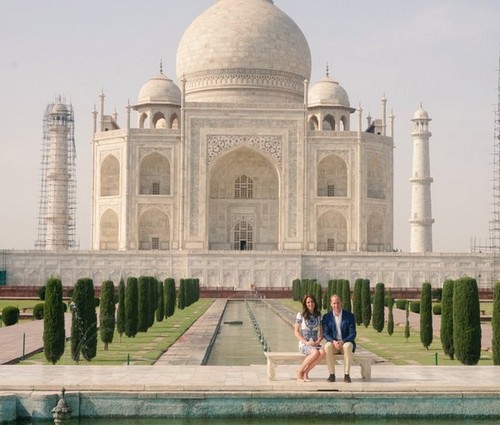