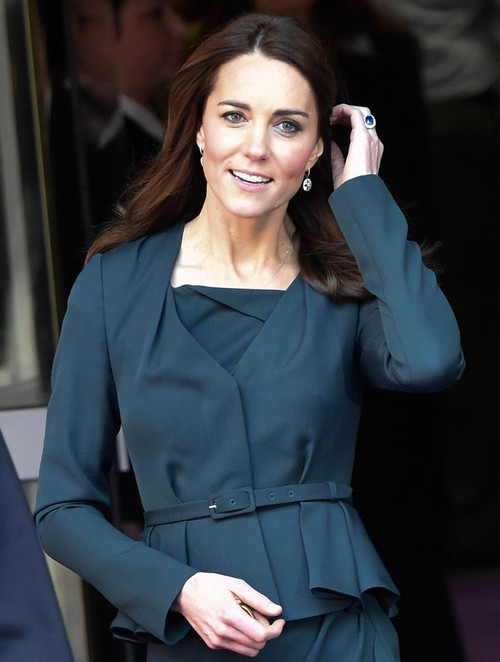 Is Kate Middleton going to miss Princess Charlotte’s first birthday? Queen Elizabeth has commanded the Duchess of Cambridge make an official trip to Bhutan with the Prince William this spring that could conflict with Charlotte’s birthday celebration.

The Cambridge’s trip to Bhutan was announced on Friday, January 8. Kensington Palace tweeted that “the Duke and Duchess will make an official visit to Bhutan this spring.” THIS spring begins on March 20 and ends on June 20. And Princess Charlotte’s first birthday is May 2.

Prince Harry is making an official visit too. The fifth-in-line to the throne will head to Nepal in February – but no exact date has been shared just yet. At least Harry has a rough idea when the trip to Nepal will happen. But Duchess Kate appears to have no such information. Is there an argument going on at Anmer Hall or Buckingham Palace about the official overseas trip?

If this trip doesn’t bump into Princess Charlotte’s first birthday, it may very well interfere with any plans Duchess Kate and Prince William have to celebrate their fifth wedding anniversary in April. And the couple will need to be on hand in June for Queen Elizabeth’s official 90th birthday celebration. Sounds as if the month of June is out for that trip to Bhutan!

The Duke and Duchess are also headed to India THIS spring. Bhutan is in close proximity to India which leads one to believe this is a two-for-one combo trip. Generally, but not always, these twofer trips last about two weeks, maybe longer.

Then there’s Carole Middleton. Princess Charlotte’s grandmummy is in all likelihood throwing a tantrum. The Middleton matriarch must be manipulating her way into planning Charlotte’s momentous birthday. Is Queen Elizabeth sending Kate Middleton on a long drawn out voyage in order to avoid including Carole Middleton in any birthday planning?

Of course the Palace scheduling department can throw together a trip fairly quickly and Kate Middleton’s staff will pack the Duchess’s bags. It is quite possible that Princess Kate and Prince William could embark on a voyage to India and Bhutan in late March and be home in mid-April just in time to celebrate wedding anniversary number five on April 29 and Princess Charlotte’s first birthday on May 2.